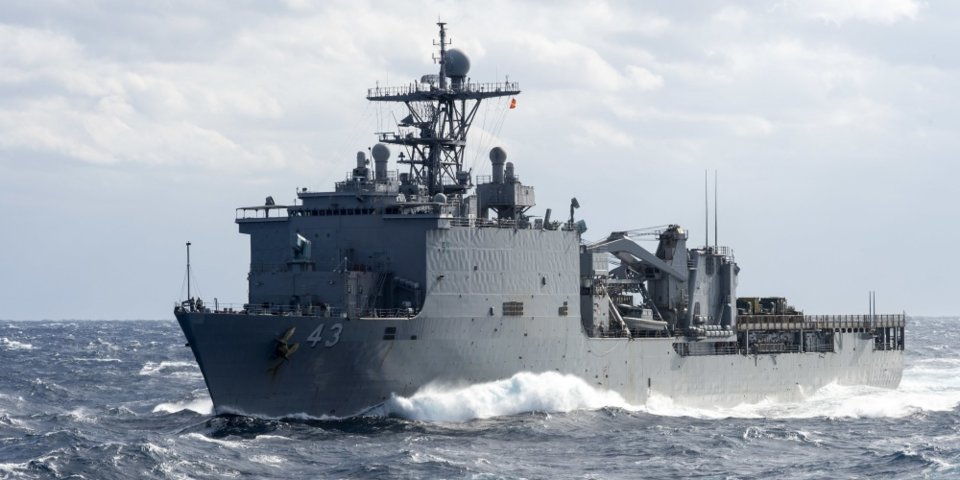 Since December, 2018, the U.S. Navy warship Fort McHenry which was deployed to the Persian Gulf, has been quarantined, stranded at sea because of a Viral Mumps Outbreak that has stricken 27 sailors and Marines. All service members on the ship had been vaccinated with the MMR — measles/mumps/rubella—vaccine, but the vaccine is defective. The mumps takes 25 days to incubate.

“The ship hasn’t made a port call since early January and now isn’t likely to for at least another month — a very long stretch at sea that’s a morale killer for the crew. Typically deployed US warships have port calls at least once a month to repair systems and rest the crew.”

“The Navy’s position is that vaccines are effective at reducing the incidence and severity of vaccine-preventable diseases,” BUMED told BI. Unfortunately, “the mumps portion of the measles, mumps, and rubella (MMR) vaccine is the least effective of the three components, providing 88% effectiveness after completion of the two dose series”

The maker of MMR vaccine is notorious for taking shortcuts:

While that lawsuit languishes, Merck’s MMR vaccine is causing mumps outbreaks in adults, who are at higher risk of serious complications including: pain and tenderness of the testicles, inflammation of breast tissues, meningitis or encephalitis, and deafness.

We reported that a recent mumps outbreak in 186 children and adults at Texas migrant detention facilities, following vaccination with the MMR – shows that the MMR is not only ineffective against mumps, the MMR has CAUSED both vaccinated and unvaccinated children and adults to be infected with measles and mumps.

U.S. immigration authorities now acknowledge more than 2,200 people have been exposed to a mumps outbreak at Immigration Detention facilities at Pine Prairie, Louisiana and Aurora, Colorado as well as Texas.

A spokesman said 236 detainees have had confirmed or probable cases of mumps in 51 facilities in the past year. There were no reported cases between 2016 and 2018 at any ICE facilities. In 2016, there was a measles outbreak at an immigrant detention center in Eloy, Arizona, which contributed to a statewide outbreak after some employees refused to get vaccinated.

Vaccines are far from perfect; in fact, they are classified as “unavoidably unsafe”; worse still, is that some mandated vaccines for infants and young children  are known to be unsafe, while the efficacy of others is poor, putting both vaccinated and unvaccinated at risk of infectious disease.

The 2015 measles outbreak at Disneyland was widely misrepresented by concealing the fact that CDC officials knew that unvaccinated children were not to blame. They knew, but concealed the fact that: “Of the 194 measles virus sequences obtained in the United States in 2015, 73 were identified as vaccine sequences.”   Not until 2017, was the truth acknowledged by a CDC official in a specialized microbiology journal.

When confronted with recent mumps outbreaks, CDC officials acknowledged that “even people who previously had one or two doses of the MMR vaccine  can still become infected.” However, they disingenuously claim that “scientists don’t know why this is…”

The documents in the Merck whistleblower scientists’ lawsuit were unsealed in 2012. These 55 pages provide evidence to explain why the MMR vaccine provides poor protection  against mumps.

Why is the public being deceived about the known facts?

One major reason for the deception is a gross financial conflict of interest.

CDC’s mission is ostensibly to protect the public health. However, CDC officials are reluctant to tell the truth about vaccine safety and efficacy because of the agency’s extensive intertwined financial partnerships with vaccine manufacturers through the CDC Foundation.