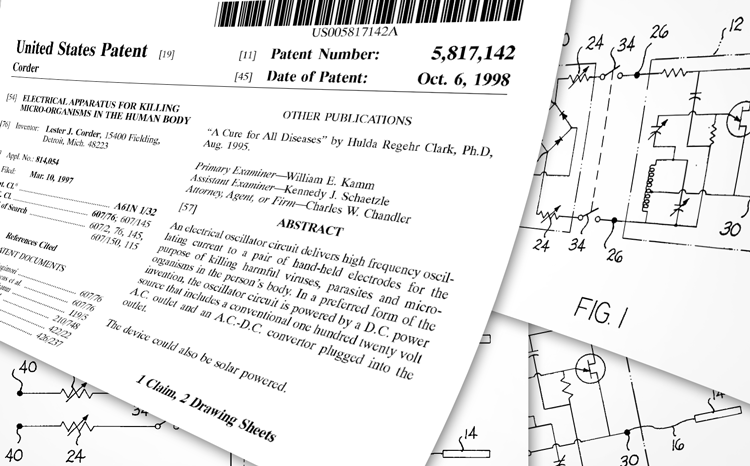 More than A Century of eTherapy Suppression

There are many more patents granted and new applications being considered and listed above, which should make all biochemical approaches obsolete. Obviously, we cannot show them all here for lack of space. But we have shown you the proverbial door by using “blood electrification” keyphrase at https://patents.google.com/, which is openly available to the public. It’s all up to you now to enter and explore the liberating world of electrotherapy.

The phenomenon has gone on since the discovery of electricity itself, hundreds of years ago. In fact, the use of electrical current of curing diseases started with the use of electric eel, and even preceded the invention of the light bulb by Nikola Tesla, long before he went inside Thomas Edison’s workshop,  which officially ended the latter’s pursuit for “a better filament wire.”

The real genius in the electrical world is Tesla. He gave us the AC power generation, distribution and utilization system through the AC polyphase motors and lighting appliances that are still in use today, all without further design modification, which gave rise to the Second Industrial Revolution. But we never heard of him and all of the above medical inventions, until the internet came along.

Tesla went further with his AC power system and introduced the wireless broadcast of power and information, so that no one will ever live in darkness, literally or otherwise. That’s when John Pierpont Morgan ceased his financial support to the man who was so far ahead of his time. But Tesla is here to stay in the 21st Century and beyond.

In short, a select few in our society are not ready for the real change to occur and they owned the broadcast networks and print media that have brainwashed multiple generations to keep us enslaved to the notion that there is nothing better than toxic drugs, radioactive diagnostics and invasive treatments. It was true then, as it is true now with COVID-19 plandemic.

The engineered viruses springing out of the UN-WHO commissioned laboratories, i.e. AIDS-HIV, Ebola, and the mass immunization of Africans, which dawned the age of AIDS and cancer, in the 1960s.

In the aftermath of the release of the virus-tainted Hepatitis B vaccines in the 1970s, cancer and AIDS exploded since then.

9 thoughts on “Vaccines and Chemical Antibiotics are Obsolete”