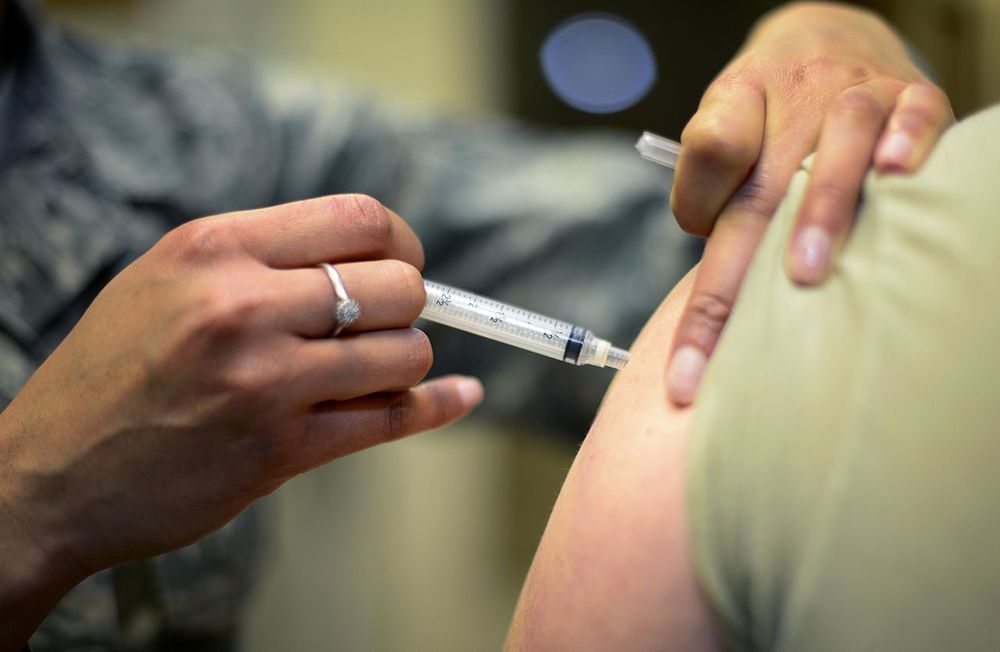 If you’re convinced that vaccines are safe, you’re not listening to the people who’ve lost a child after a round of vaccines was administered. The U.S. government set up a special court to hear vaccine injury cases, with reparation for select victims but no accountability for vaccine makers.

As the truth comes forth, will you laugh in the faces of the victims who have been vaccine damaged? Sudden infant death syndrome, seizures, allergies, brain swelling, skin conditions, eating disorders and neurological development issues are all sad consequences of failed vaccine policy in the U.S. and around the world. Every vaccine on the market today, no matter what its intended use, will burden a body, especially small bodies with lower blood volume and weight.

Vaccines use adjuvants to inflame the immune system and force it to respond to pathogens. The most popular adjuvant used in vaccines are aluminum salts. As Dr. Chris Exley demonstrates, after a vaccine is administered, immune-responsive cells quickly travel to the injection site and load up their cytoplasm with the antigen and aluminum salts from the vaccine. The immune-responsive cells then travel throughout the body, taking aluminum cations to unpredictable places, including the brain. When the vesicles undergo acidification, they will dissolve the enclosed aluminum salt. Biologically reactive A13+ aluminum cations rupture the membrane, entering the cell cytoplasm and causing cell death.

This is the first problem with vaccines; the aluminum that augments an immune response is traveling throughout the body and causing cell death, inflammation, and aluminum toxicity throughout the person. If you’re convinced vaccines are safe, you don’t understand the toxicity of compounding aluminum cations at the cellular level and the potential damage that occurs to the brain and immune system when aluminum-based vaccines are injected.

Vaccines use preservatives. One of the preservatives in some vaccines is a form of inorganic mercury called thimerosal. Researchers have studied thimerosal exposure on mammalian brains. While thimerosal clears from the brain quicker than organic forms of mercury, it also concentrates there more rapidly, leading to harmful exposure amounts. A laboratory investigation of GlaxoSmithKline’s Flulaval flu vaccine found mercury at 51 ppm, or 25,000 times the legal maximum for drinking water regulated by the EPA. Mercury is one of the worst preservatives to directly inject into the body, bypassing the gastrointestinal filters, microbiome, and the gut wall. When this vaccine is recommended for pregnant women, is the fetus protected? Absolutely not. The developing infant can be poisoned for life due to the slightest exposure to mercury in the womb. If you’re convinced vaccines are safe, you do not understand the toxicity of mercury or the dangers of putting a brain-damaging element into the muscles and bloodstream without normal body filtration.

Texas researcher Dawn Richardson led a study at an Austin morgue investigating cases of sudden infant death syndrome. They found high concentrations of SIDS deaths at 2, 4, and 6 months, the same time the pediatricians schedule multiple vaccine doses for vulnerable infants. Will there be an investigation to see if these statistics replicate at morgues across the country? If so, is SIDS just a vague term to cover up the deaths of babies who are the victims of failed vaccine policy.

Even though polio vaccines are advertised as saving lives, the sad truth is that polio vaccines are causing deadly paralysis in the Middle East. Thirty-three children were crippled after receiving the polio vaccine in Syria. Despite the announcement in August 2017, the United Nations Children’s Fund (UNICEF) called on more polio vaccines to stop what the vaccines started. If you are convinced vaccines are safe, don’t realize that an unpredictable number of children are sacrificed just so the remaining children can supposedly be “protected.”

Did you know a consortium of vaccines contain attenuated live viruses that can potentially revert back to infectious form, sickening the vaccine recipient with the disease the vaccine was supposed to prevent? Did you know that these viruses can shed for up to a month or longer, spreading to others, especially the immune-compromised? Viral shedding is a real issue caused by vaccines, especially in people who are malnourished from the start. If you’re convinced vaccines are safe, you don’t know how vaccines can cause the disease to form in the recipient and spread it to the most vulnerable among us.

This information is the tip of the iceberg. For more research, check out Vaccines.News.