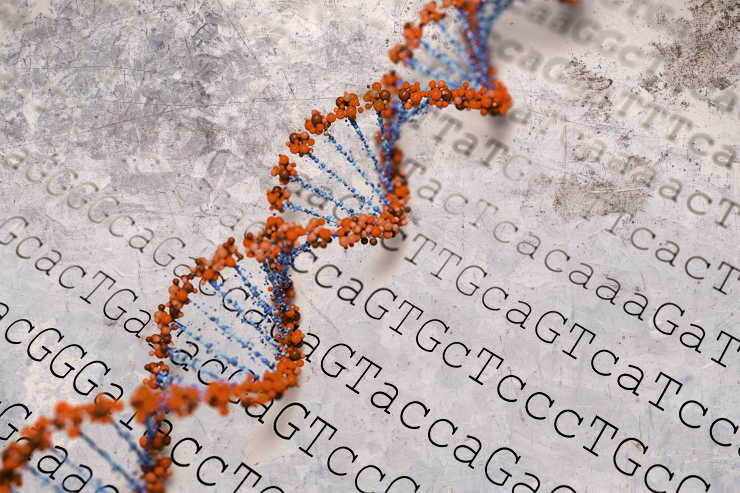 Though the announcement is couched in terms that make it seem humanitarian, as potentially a huge advance in science, an agency tied to the British government is encouraging efforts in gene-editing of the DNA of human embryos. It belongs in the category of eugenics. Not surprisingly, the footprints of Bill Gates and the Rockefeller eugenics circles, and major pharma groups as well as GMO seed companies are found here.

The report and the people behind it, including the Government’s Medical Research Council, indicate that a major push is underway to convince the public that genetic manipulation of human embryo DNA, so-called gene editing, is desirable and beneficial.

Among its conclusions the report states, “use of heritable genome editing interventions to influence the characteristics of future generations could be ethically acceptable.” It adds that, “research should be carried out on the safety and feasibility of heritable genome editing interventions to establish standards for clinical use.”

With many sentences stressing that the decision should only be licensed “on a case-by-case basis subject to assessment of the risks of adverse clinical outcomes for the future person,” by a national competent authority; and “strict regulation and oversight,” the report opens a Pandora’s box of eugenics issues, the long-standing agenda of circles such as the Rockefeller Foundation, Rockefeller University, Bill and Melinda Gates Foundation and others.

The focus is use of new technologies for gene editing, including CRISPR-Cas9, to “alter a DNA sequence(s) of an embryo, or of a sperm or egg cell prior to fertilisation. The aim would be to influence the inherited characteristics of the resulting person.” They elaborate, “We refer to these as ‘heritable genome editing interventions’ since the altered DNA may be passed to future generations…” They suggest that “One use of heritable genome editing interventions would be to have a child while excluding a particular heritable disorder that the child might have inherited from their biological parents.”

The person heading the new study is Birmingham University Prof. Karen Yeung, a professor not of biology, but of law and ethics and an expert in Artificial Intelligence. Yeung told the UK Guardian, “It is our view that genome editing is not morally unacceptable in itself. There is no reason to rule it out in principle.”

The issuance of the Nuffield Council on Bioethics report marks a major advance to creation of radical new laboratory interventions into human embryos to create what critics call “designer babies.”

The problem is that the technology of gene editing is anything but precise, contrary to what its advocates like Bill Gates may claim. The methodology of manipulating a specific part of a DNA chain to change human embryos is based on flawed scientific reductionism, which ignores the complexity of biophysical reality and of the fundamental laws of nature.

The scientist who first suggested developing gene drives in gene editing, Harvard biologist Kevin Esvelt, has publicly warned that development of gene editing, in conjunction with gene drive technologies, have alarming potential to go awry. He notes how often CRISPR messes up and the likelihood of mutations arising, making even benign gene drives aggressive. He stresses, “Just a few engineered organisms could irrevocably alter an ecosystem.” Esvelt’s computer gene drive simulations calculated that a resulting edited gene, “can spread to 99 percent of a population in as few as 10 generations, and persist for more than 200 generations.”

The experiments have already begun, though researchers rush to stress they are with “donated embryos,” not implanted after into the womb of a woman, but killed after several days of lab experimenting. Two years ago, researchers in China used human embryos given by donors of embryos that could not have resulted in a live birth, to edit a specific gene. The results were a bad failure. The tested cells failed to contain the intended genetic material. Lead researcher Jungiu Huang told Nature, “That’s why we stopped. We still think it’s too immature.”

Two years prior to the recent call by the UK’s Nuffield Council on Bioethics to, in effect, give a broad green light to experiments with gene editing of human embryos, the UK Government’s so-called “fertility regulator,” the Orwellian-sounding Human Fertilisation and Embryology Authority (HFEA), gave permission to scientists at London’s Francis Crick Institute to do limited experiments involving gene editing modification on human embryos.

The HFEA is part of the UK Department of Health and Social Care. It was the first time a national government approved use of the DNA-modification technique in human embryos. The researchers reportedly alter genes in donated embryos, which will be destroyed after seven days.

The Francis Crick Institute opened that same year, 2016, so the gene editing of human embryos was one of its first projects. Notably, the institute has 1,500 staff, including 1,250 scientists, and an annual budget of over £100 million, making it the biggest single biomedical laboratory in Europe. Among its first donors was the UK pharma giant GlaxoSmithKline, giving funding and personnel.

Also notable is the CEO and Director of the Francis Crick Institute, Sir Paul Nurse, geneticist and former President of the Rockefeller University in New York. In 2009 Nurse hosted an exclusive meeting at the Rockefeller University of hand-picked billionaires, invited by Bill Gates and David Rockefeller, to discuss the problem of “over-population.” They reportedly called their group The Good Club, and it included, according to reports, billionaire financiers Warren Buffett, George Soros and Michael Bloomberg.

The fact that today the same Sir Paul Nurse heads one of the world’s largest and best financed biomedical laboratories where they are doing gene editing of “donated” human embryos, suggests that a very dangerous agenda is being advanced under the banner of gene editing. And the fact that Bill Gates and his huge foundation, a major investor of Monsanto (now Bayer AG), have been funding experiments in gene editing for more than a decade, including CRISPR, suggests that gene editing could soon become a new name for human eugenics.

Gene editing itself is hugely flawed and unregulated by governments. It has been shown repeatedly that only a small minority of cells into which CRISPR is introduced, usually by a virus, actually have their genomes edited as intended. Indeed, the risks of human embryo gene editing are such that an open appeal published in Nature magazine from Edward Lanphier, Fyodor Urnov and a number of other leading gene editing researchers declared, “Don’t edit the human germ line.”

The appeal of the scientists stated, “There are grave concerns regarding the ethical and safety implications of this research… In our view, genome editing in human embryos using current technologies could have unpredictable effects on future generations. This makes it dangerous and ethically unacceptable. Such research could be exploited for non-therapeutic modifications.” The gene scientists added the alarming warning, “The precise effects of genetic modification to an embryo may be impossible to know until after birth. Even then, potential problems may not surface for years.”

They called for a voluntary scientific moratorium on human gene editing.

The term “non-therapeutic modifications” might very well include genetic editing of certain “undesirable” human races, to program them for biological extinction, the eugenics ultimate dream for over a century. Is that unthinkable? Not to some minds to be sure.

William Engdahl is strategic risk consultant and lecturer, he holds a degree in politics from Princeton University and is a best-selling author on oil and geopolitics, exclusively for the online magazine “New Eastern Outlook.”