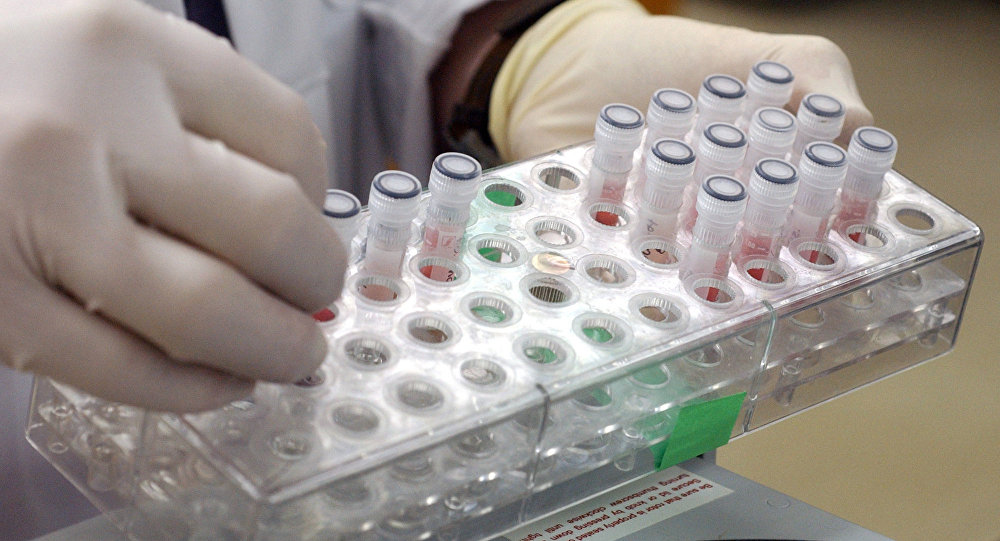 UK health officials have claimed that monkeypox, a virus similar to human smallpox that is endemic in Central and Western Africa, has been found in an individual traveling from Nigeria to Britain.

The first ever case of monkeypox was recorded in the United Kingdom, after the rare viral infection was discovered in a Nigerian citizen staying at a naval base in Cornwall, Public Health England announced.

The patient, who is thought to have contracted the virus in Nigeria before flying to the UK, was rushed to the infectious disease unit at the Royal Free Hospital in London on Saturday morning. Passengers who were on the same Nigeria-UK flight have also been contacted as a precautionary measure to monitor their health condition.

“People without symptoms are not considered infectious but, as a precaution, those who have been in close proximity are being contacted to ensure that if they do become unwell they can be treated quickly,” the PHE’s statement read.

PHE stated that monkeypox does not spread easily, and most patients recover within a couple of weeks, but some people may suffer from a severe illness, with initial symptoms including fever, aching muscles, headache and backache, swollen lymph nodes, exhaustion and chills.

Beyond that, some individuals may develop a rash, which usually starts on the face before spreading to other parts of body and eventually falls off after forming a scab.

It is commonly a self-limited disease with the symptoms lasting from 2 to 3 weeks.

“Monkeypox is, in most cases, a mild condition which will resolve on its own and have no long-term effects on a person’s health. Most people recover within several weeks. It is a rare disease caused by monkeypox virus, and has been reported mainly in Central and West African countries. It does not spread easily between people and the risk of transmission to the wider public is very low. We are using strict isolation procedures in hospital to protect our staff and patients,” Doctor Michael Jacobs, clinical director of infection at the Royal Free Hospital said.

“PHE and the NHS have well-established and robust infection control procedures for dealing with cases of imported and infectious disease and these will be strictly followed to minimize the risk of transmission,” Dr. Phin stated.

According to the official guidance regarding monkeypox on the UK government’s website, the spread of the infection may occur when an individual “comes into close contact with an animal (rodents are believed to be the primary animal reservoir for transmission to humans), human, or materials contaminated with the virus.”

The infection is said to enter the body “through broken skin (even if not visible), the respiratory tract, or the mucous membranes (eyes, nose, or mouth).”

“Typically, case fatality in monkeypox outbreaks has been between 1% and 10%, with most deaths occurring in younger age groups,” according to the World Health Organization.

Since 1970, monkeypox cases have been registered in Cameroon, the Central African Republic, the Democratic Republic of Congo, Liberia and Nigeria, Republic of the Congo, Ivory Coast, Sierra Leone, Gabon and South Sudan.

In 2003, monkeypox cases were confirmed in the United States – the first documented case outside of the African continent. The outbreak occurred following importation of rodents from Africa, with cases being reported in both humans and pet prairie dogs.