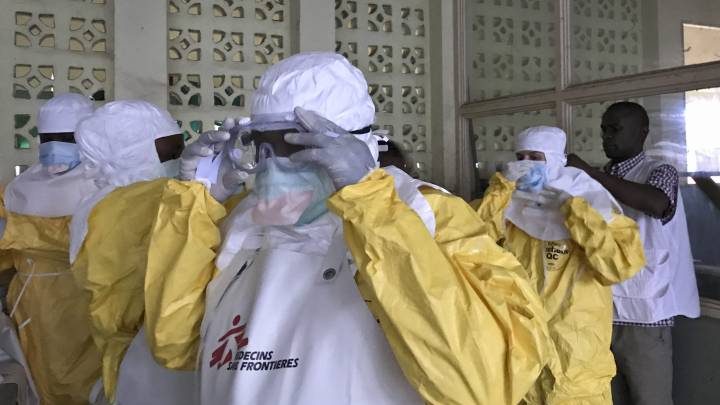 The Global Preparedness Monitoring Board has found that the world is at “acute risk for devastating regional or global disease epidemics or pandemics that not only cause loss of life but upend economies and create social chaos.”

“I would say that in our analysis of the data, looking at a variety of sources, the world is really quite poorly prepared,” said Dr. Victor Dzau, a board member and director of the National Academy of Medicine in the U.S.

We’ve heard similar claims before the dawn of the 21st Century, and we still hear the same thing today, but in spite of their failure to find the solution, they are not yet tired of calling themselves the experts of all things medical.

Officials examined how an airborne disease, like influenza, could travel around the world. Something as deadly as the Spanish flu, spread with our easy access to air travel, could spread around the world in less than 36 hours and potentially kill more than 50 million people, the report said.

“In addition to tragic levels of mortality, such a pandemic could cause panic, destabilize national security and seriously impact the global economy and trade,” reads the report.

Just this spring, the WHO warned of an inevitable future influenza pandemic.

These high profiled employees of an “independent monitoring body” are working in a corporation that was created by the World Health Organization and the World Bank, and the roster includes “many notable health officials from around the world.”

As impressive as these self-described experts’ CVs go, not any one of them has ever thought of the best way to tackle the problem, but only in extensively describing the problem as if that ability already grants them the sole authority to control our lives.

A recent WHO report estimated the economic cost of a Spanish flu-like pandemic at $500 billion USD, or around 0.6 per cent of global income.

Many countries lack the ability to identify that an outbreak is beginning, according to the report. Then, they lack the ability to deal with it through their health care systems, the drugs to fight it, and the financial resources to pay for any health interventions.

Building the world’s emergency response capacity is a huge job, though. “Not easy, to be sure, but I think we need to start by shining a big light on this,” Dzau said.

The first step, he said, is for countries to assess their capacity to deal with a health crisis and identify their weaknesses. Then, they can come up with a plan for addressing them.

Dzau also suggested that World Bank investments in poorer countries could be tied to those countries using the money to improve their health care — something he acknowledges could be a tough sell, politically.

“I think this whole issue is political,” he said. “We need a lot of political will to make this happen.”

Unfortunately, most governments do listen to and follow these assholes with legislated and aggressive mass vaccinations without carefully evaluating any of the possible consequences through, but merely on the basis of recommendations of their own health secretaries, some of whom are active members of this organization.

Their excuses are all too common, i.e. they, the politicians, are not the experts and, therefore, should only listen to the UN-WHO by default.

So, while the Global Preparedness Monitoring Board is telling us that they don’t know about any potential solution, countries around the world would still follow whatever their recommendations are, as the stupidity cascades down the line.

Understand that the whole system is built that way deliberately, and the “experts” are just keeping it the highly corrupt system running because they could not sustain their privileged lifestyle otherwise. The sole function of these so called experts is to project a semblance of authority for an organization, so that whatever subsequent statements they make the people may consider them reliable.

But, as you can see in their own website, the World Bank is not too far behind… and so will be the big pharmaceutical companies.

This latest publicity stunt is just another fear mongering operation to counter the growing antivaxx movement and continue selling mass vaccinations through scare tactics, for the benefit of Big Pharma profiteers, and to satisfy the godly desires of the Eugenicists.

“The question is not if we will have another pandemic, but when,” said director-general Dr. Tedros Adhanom Ghebreyesus. Dzau also thinks it’s highly likely there will be many more big pandemics.

All of this is an effective distraction away from the building-up of a Technocratic Dictatorship using AI-based control grid that combines mass surveillance and fully digitized fiat economic system.

We, the People, are far better than all of them combined, and that’s because we don’t share the same sociopathic tendencies and motivations.