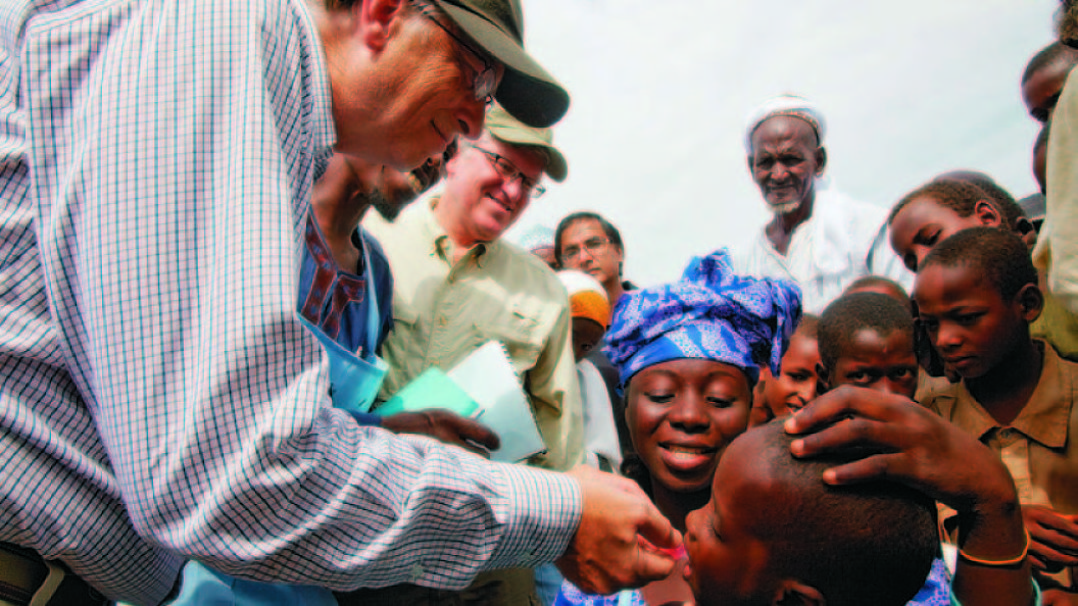 This really should be one of the biggest public health scandals of the decade, but instead it’s given little attention – mainly because of the high-profile nature of the people and organisations involved.

The United Nations has been forced to admit that a major international vaccine initiative is actually causing a deadly outbreak of the very disease it was supposed to wipe-out.

While international organisations like the World Health Organization (WHO) will regularly boast about ‘eradicating polio’ with vaccines—the opposite seems to be the case, with vaccines causing the deaths of scores of young people living in Africa.

Health officials have now admitted that their plan to stop ‘wild’ polio is backfiring, as scores of children are being paralyzed by a deadly strain of the pathogen derived from a live vaccine – causing a virulent wave of polio to spread.

This latest pharma-induced pandemic started out in the African countries of Chad and Sudan, with the culprit identified as vaccine-derived polio virus type 2.

Shocking as it sounds, this Big Pharma debacle is not new. After spending some $16 billion over 30 years to eradicate polio, international health bodies have ‘accidentally’ reintroduced the disease to in Pakistan, Afghanistan, and also Iran, as the central Asia region was hit by a virulent strain of polio spawned by the a pharmaceutical vaccine. Also, in 2019, the government of Ethiopia ordered the destruction of 57,000 vials of type 2 oral polio vaccine (mOPV2) following a similar outbreak of vaccine-induced polio.

The same incident has happened in India as well.

It’s important to note that the oral polio vaccine is being pushed by the Global Polio Eradication Initiative (GPEI), a consortium which is supported and funded by the Bill & Melinda Gates Foundation.

All of this should be cause for concern, especially with western governments and transnational pharmaceutical giants all rushing to roll-out their new Gates-funded experimental coronavirus vaccine for the global population.

Currently, the first experimental COVID-19 vaccine is being tested on the African population through GAVI Vaccine Alliance, another organization funded by the Gates Foundation. A large round of human trials is taking place in South Africa, run by the University of the Witwatersrand in Johannesburg—another Gates-funded institution.

This latest revelation from Africa should prompt journalists and health advocates to ask harder questions about the efficacy and safety of the much-hype COVID ‘miracle’ vaccine.

LONDON (AP) — The World Health Organization says a new polio outbreak in Sudan is linked to an ongoing vaccine-sparked epidemic in Chad — a week after the U.N. health agency declared the African continent free of the wild polio virus.

In a statement this week, WHO said two children in Sudan — one from South Darfur state and the other from Gedarif state, close to the border with Ethiopia and Eritrea — were paralyzed in March and April. Both had been recently vaccinated against polio. WHO said initial outbreak investigations show the cases are linked to an ongoing vaccine-derived outbreak in Chad that was first detected last year and is now spreading in Chad and Cameroon.

“There is local circulation in Sudan and continued sharing of transmission with Chad,” the U.N. agency said, adding that genetic sequencing confirmed numerous introductions of the virus into Sudan from Chad.

WHO said it had found 11 additional vaccine-derived polio cases in Sudan and that the virus had also been identified in environmental samples. There are typically many more unreported cases for every confirmed polio patient. The highly infectious disease can spread quickly in contaminated water and most often strikes children under 5.

In rare instances, the live polio virus in the oral vaccine can mutate into a form capable of sparking new outbreaks.

Last week, WHO and partners declared that the African continent was free of the wild polio virus, calling it “an incredible and emotional day.”

On Monday, WHO warned that the risk of further spread of the vaccine-derived polio across central Africa and the Horn of Africa was “high,” noting the large-scale population movements in the region.

More than a dozen African countries are currently battling outbreaks of polio caused by the virus, including Angola, Congo, Nigeria and Zambia.

Amid the coronavirus pandemic, many of the large-scale vaccination campaigns needed to stamp out polio have been disrupted across Africa and elsewhere, leaving millions of children vulnerable to infection.

In April, WHO and its partners reluctantly recommended a temporary halt to mass polio immunization campaigns, recognizing the move could lead to a resurgence of the disease. In May, they reported that 46 campaigns to vaccinate children against polio had been suspended in 38 countries, mostly in Africa, because of the coronavirus pandemic.

Some of the campaigns have recently been re-started, but health workers need to vaccinate more than 90% of children in their efforts to eradicate the paralytic disease.

Health officials had initially aimed to wipe out polio by 2000, a deadline repeatedly pushed back and missed. Wild polio remains endemic in Afghanistan and Pakistan; both countries also are struggling to contain outbreaks of vaccine-derived polio. – 21st Century Wire