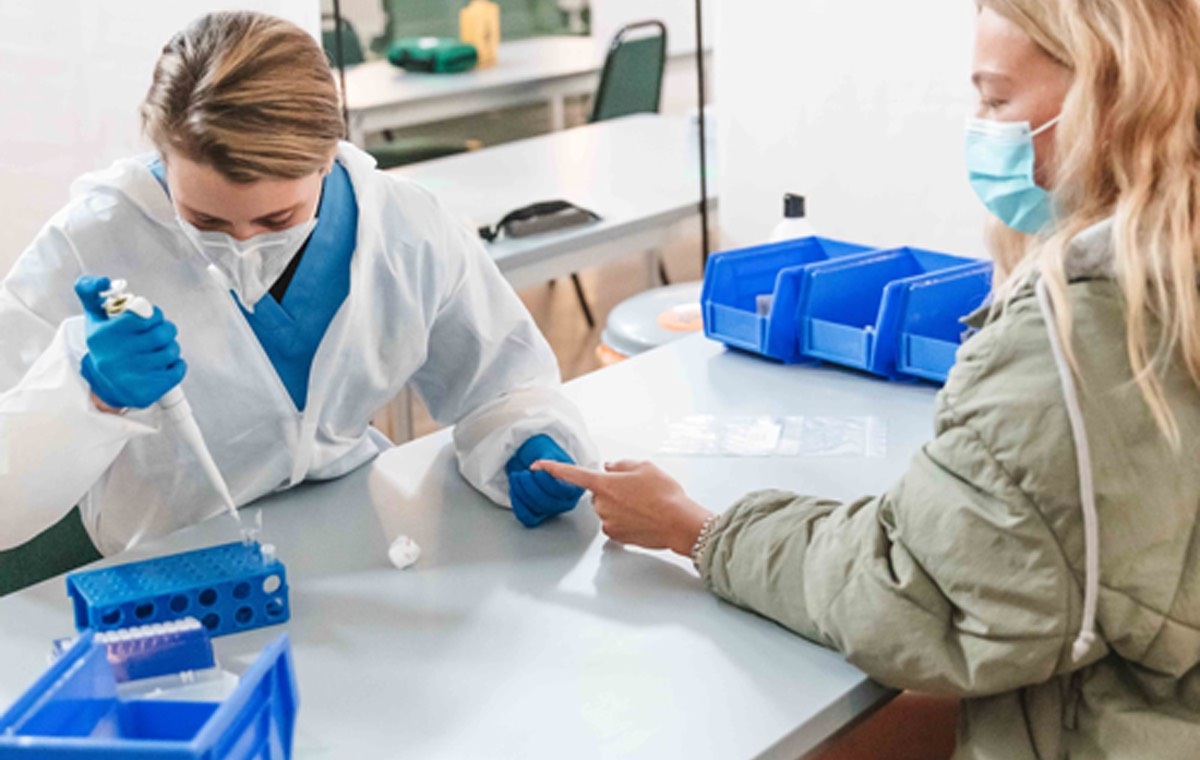 Aware of the forthcoming vaccine roll-out aimed, it is said, to protect against a disease (COVID-19) that reached its apex almost nine months ago, I emailed the MHRA (Medical and Healthcare Regulatory Authority) on 20 November 2020. My main concern is that people will unwittingly subject themselves to an experimental vaccine that has not been licensed by the MHRA, the ingredients of which have not been made public.

Diagnosis of COVID-19 is made on the basis of a test, the RT-PCR test, the results of which are frequently flawed. I questioned if the MHRA had approved the RT-PCR test and copied in a medical doctor friend of mine.

“Since the reliability of the RT-PCR test has been questioned . . . it is important to know that the MHRA has done its duty in protecting the public from potentially harmful health-care products. Please reassure me that procedures have been followed and that this product the (RT-PCR test) has been approved by the authority. Thank you.”

The response was mind-blowing.

“There are literally 100s of CE marked Covid RT-PCR tests available on the EU market.

Such tests require a self-declaration process undertaken by the manufacturer with no review of performance data by any EU Government Body or Notified Body and that MHRA does not approve such products.

However, I can confirm that all PCR kits used by government laboratories or their subcontractors have been subject to rigorous validation by them before use.”

How can anyone possibly confirm that rigorous validation has taken place if these tests are not monitored? It raised an alarm to think results from all the “100s” of RT-PCR tests which the UK government, and other governments of the world, use in checking for COVID -19 are reached using kits that are self-regulated “by the manufacturer”. It is more than disturbing. There is no authority reviewing the tests and no authority reviewing results from the tests. It was necessary to delve further.

“Who is checking how positive tests are arrived at? How many amplifications are being used in tests? Is this consistent across all testing stations?”

The answer, which did not address the questions, raised even more concerns, including the competency of the MHRA.

“There is no relation to vaccinating human volunteers and the use of an RT-PCR test.

I can also confirm that trials of the vaccines was approved by the normal rigorous processes.”

Whether intentionally, or through ignorance, both these sentences are blatantly false.

Within the last week the Assets Publishing Service of the UK government issued a document to Healthcare professionals on how to administer the PfizerBioNTech vaccine.

It quite clearly states that there is now, and since trials began always has been, a relationship between “vaccinating human volunteers and the use of an RT-PCR test.” In section 5.1 which discusses results from trials it explains the two criteria which were, and still are, being adopted:

As to confirmation that vaccine trials were “approved by the normal rigorous processes” the whole document disproves any such claim. Approval has been granted on the basis of a measure only normally used in extreme emergencies, for example during the spread of “pathogenic agents, toxins, chemical agents or nuclear radiation.” It is called REG 174 (Regulation 174) a regulation which has recently been updated. Right at the start of the Assets Publishing Service document it states that:

“This medicinal product [REG 174] does not have a UK marketing authorisation but has been given authorisation for temporary supply by the UK Department of Health and Social Care and the Medicines & Healthcare products Regulatory Agency for active immunization to prevent COVID-19 disease caused by SARS-CoV-2 virus in individuals aged16 years of age and over.”

Whatever it is, it is not “normal rigorous” procedure. This vaccine is being rushed through in a process that can normally take up to ten years to complete. Even today no approved vaccine exists for SARS-COV from the 2003 epidemic, and indeed, no approval exists for any of the SARS/MERS family of viruses.

What is happening is a human experiment with a vaccine that has had minimal testing, of which the full recipe of ingredients is being kept secret.

That, in itself, ought to raise alarm – but the only alarms being raised seem to be of the nature whether people are wearing masks, obeying lockdown restrictions, washing their hands and social distancing.

We should really be really worried about the PfizerBioNTech vaccine, and other vaccines, which contain ingredients designed to sterilize volunteers or change our DNA in a government-promoted scheme, the adverse results of which may not be known for decades.

Thanks to a GlaxoKlineSmith whistleblower whose evidence was presented on the David Knight Show (taken down by YouTube) we know that GKS was (is?) planning to use an ingredient in its COVID-19 vaccine, an anti-human chorionic gonadotropin (HCG) antigen, which causes infertility in women and in men. In men their testicles shrink, testosterone levels fall, the sperm is chemically attacked and dead sperm goes on to make women infertile too. In women. it:

It would seem also that Pfizer BioNTech’s vaccine has life-threatening contents.

The last email I received from the MHRA confirmed my suspicion that this is a sensitive subject which the MHRA chooses to nip in the bud.

“I am sorry John but I do not have the time to deal with repeated communications with you as I am dealing with 100s of emails a day. This will be my last email to you.

The trials regarding vaccines have not been rushed through in terms of the MHRA’s involvement and we have applied the same level of scrutiny as it has historically done so for others.

The evidence that the vaccine is working or not depends on how many people contract the virus who have had the vaccine to those who have not been given it.”

His last sentence took me back full circle to my initial question about the reliability of the RT-PCR test which the MHRA has consistently neglected to monitor for accuracy, and which, despite assurance to the contrary, is being used in vaccine tests. The whole process reminded me of the plight of Daniel Doyce from Charles Dickens’ Little Dorrit.

Doyce was an engineer who tried to get his invention patented. For years he went backwards and forwards to the Circumlocution Office being sent from department to department without ever being given any constructive advice. Unable to make progress Doyce eventually took his creation abroad where he and it were a success. The trouble is with today’s regulatory authorities there is nowhere abroad to take our worries since the European Medicine Agency (EMA) is as complicit with Big Pharma’s aims as our own MHRA.

As the employee at MHRA did not have time “to deal with repeated communications” I emailed back to see if there was somebody else who could address my concerns. Previous correspondence had been answered quickly but it is two weeks now since I had a response to my last and I am not expecting another. When members of the public are worried about the safety and accuracy of medical products it is the MHRA’s duty to act.

Close ties between big pharmaceutical conglomerates and their regulatory authorities raise suspicions as to their impartiality. In its questions and answers section the MHRA attempts to put these suspicions quietly to bed.

8. Why does the MHRA accept money from pharmaceutical industry? Isn’t this a conflict of interest?

Companies have to pay a fee for their marketing authorisation but we don’t seek business from them. Any complex licensing decisions are referred to the Agency’s independent advisory committees. These members must register any interests they have in the industry. They must declare any specific ones and take no part in discussions on that subject.

The agency’s independent advisory committees are another matter altogether and serious concerns have been raised as to how independent they really are. For example, in a June meeting of the Joint Committee on Vaccination and Immunisation, the minutes of which are still in draft form, we note that the Medical Advisor is Professor Jonathan Van Tam – a recent spokesman on the BBC promoting the virtues and safety of Pfizer BioNTech’s new vaccine while at the same time attempting to ameliorate public concern that these untested vaccines might indeed be dangerous.

Unlike most of the others on the committee Van Tam provides no conflict of interest details that are specific to COVID-19 vaccines. That does not mean he has none and contravenes a basic tenet of the MHRA’s dos and don’ts. University of Oxford Senior Associate Tutor, Tom Jefferson, exposed in 2017 the revolving door nepotism which saw the promotion of figures like Professor Van Dam and Sir Patrick Vallance to their present positions. Van Tam is one of three Deputy Chief Medical Officers to Professor Christopher Whitty, and it is not unusual for him to play down or choose not to mention his connections with pharmaceutical groups. As Jefferson notes: “Professor Van Tam’s track record as an ex-employee of Roche, Aventis Pasteur MSD and SmithKline Beecham (now GSK) has been excluded from the official DH press release . . .”

The “independent” CEO of the MHRA, Dr. June Raine, issued a statement on 19 November 2019, espousing the virtues of the Pfizer BioNTech vaccine trials.

She outlines the two routes available in approving a vaccine for use, namely, the emergency route (REG 174) which is now being made operational and the proper route which normally takes years. In these “new normal” days the MHRA has committed itself to “rigorously assess the data in the shortest time possible, without compromising the thoroughness of our review” regardless of which route is adopted. She fails to mention the RT-PCR test which is being used to determine results.

In the dangerous and untested vaccine experiments the unmonitored RT-PCR test is possibly the MHRA and the government’s weakest link. Interested parties can email the authority in the first instance at: MHRACustomerServices@mhra.gov.uk