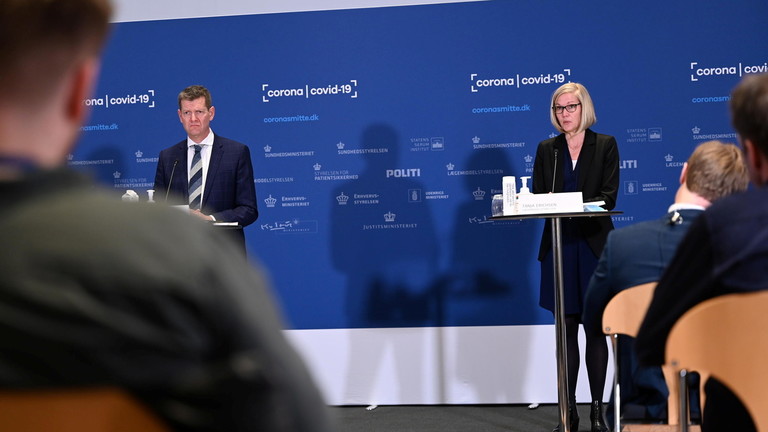 Denmark will completely abandon the rollout of AstraZeneca’s Covid-19 vaccine due to a risk of rare blood clots. One of the country’s top drug officials passed out at a press conference delivering the news.

As National Health Board Director Soeren Brostroem announced the decision, the Danish Medicines Agency’s acting director of pharmacovigilance, Tanja Erichsen, fainted and collapsed to the ground.

Erichsen’s fall sparked panic, as Brostroem and other officials rushed over to check on her. The medicines agency later announced that she had regained consciousness, but was taken to hospital for a checkup. No explanation was given for her fainting.

“In the midst of an epidemic, it has been a difficult decision to continue our vaccination program without an effective and readily available vaccine against Covid-19,” Brostroem said at the press conference. “However, we have other vaccines at our disposal, and the epidemic is currently under control.”

The suspension is expected to push the country’s vaccination timeline back by “some weeks,” according to a report from Danish broadcaster TV2.