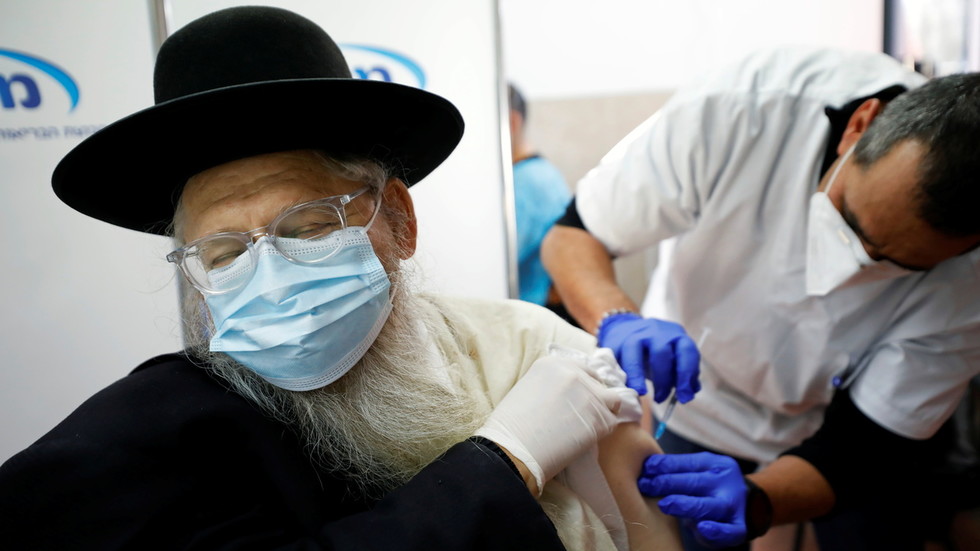 With the vaccine not providing immediate immunity to the coronavirus, over two hundred Israeli citizens have been diagnosed with the disease days after getting the Pfizer/BioNTech jabs, local media reported.

The number of those who got Covid-19 despite being vaccinated was at around 240 people, according to data from Channel 13 News.

The Pfizer/BioNTech vaccine, which the Israeli health authorities rely on, doesn’t contain the coronavirus and can’t infect the recipient. But time is needed for the genetic code in the drug to train the immune system to recognize and attack the disease.

The course of the US-made vaccine requires two shots. According to the studies, immunity to Covid-19 increases only eight to ten days after the first injection and eventually reaches 50 percent.

The second jab is administered 21 days from the first one, while the declared immunity of 95 percent is achieved only a week after that. And, of course, there’s still a five percent chance of getting infected even if the vaccine is at its full potential.

Since vaccinations kicked off on December 20, at least four people in Israel died shortly after getting the jab, Kan public broadcaster reported. However, the Health Ministry said that three fatalities were unrelated to the vaccine, with the fourth case of an 88-year-old man with preexisting conditions currently being investigated. https://www.rt.com/news/511332-israel-vaccination-coronavirus-pfizer/

All Israelis are required to vaccinate for COVID19 to qualify for a “green passport”, a requirement for entry to public facilities and travel.

I asked… to develop a green passport plan by which whoever receives a vaccine will be able to show a card or an app that will enable them to enter events, malls, facilities and all kinds of services.

The results of the survey, conducted by the Ynet News website, showed that less than 25 percent of Israelis were ready to receive a coronavirus shot immediately. Another poll, by Haifa University, published on Tuesday, put the number of those willing to be in the forefront at only around 20 percent.

Nonetheless, according to the Ynet poll, some two-thirds of the Israeli population, or 64 percent, say they do plan to get the jab, albeit in the long run. This falls short of Netanyahu’s vision for all Israelis without exception to be vaccinated, however, and a poll last week by the newspaper Israel Hayom showed that a third, or 37 percent, of Israel’s citizens are planning to refuse the vaccination altogether. https://www.rt.com/news/510219-israel-netanyahu-coronavirus-vaccine/