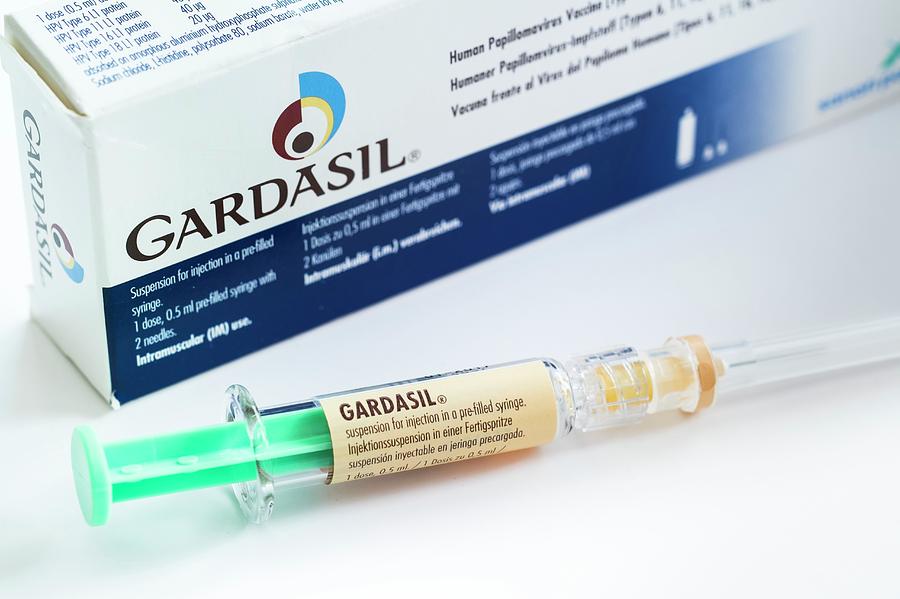 After the U.S. Food and Drug Administration’s (FDA) approved Merck’s HPV-9 Gardasil vaccine for use in adults age 27 to 45 in 2018, the Centers for Disease Control’s (CDC) Advisory Committee on Immunization Practices (ACIP) of the Department of Health and Human Services (HHS) is evaluating whether to expand their current HPV vaccine recommendation to include this new age group.

ACIP’s current recommendation is that boys and girls ages 9 through 15 should get two-doses of HPV-9. The “catch-up” vaccine schedule is a three- dose series for females above age 15 through age 27 and males above 15 years of age to 21 years of age, if not previously vaccinated with HPV vaccine.1

Should ACIP expand their recommendations for use of HPV-9 vaccine in the newly approved age group, the CDC won’t be alone in the push to increase the use of the HPV vaccine by children and adults in the U.S. During the September meeting of the National Vaccine Advisory Committee (NVAC), a federal advisory committee that makes recommendations to the National Vaccine Program Office (NVPO), the HHS Assistant Secretary ADM Brett Giroir M.D. emphasized that HHS supported the NVAC’s HPV vaccine recommendations 2 published in June 2018. Dr. Giroir stated that increasing HPV vaccination in America would be a focus for HHS in 2019.

The federal government’s focus on increasing the use recommendations for the HPV vaccine may result in a renewed effort by state legislators to introduce legislation in many states to mandate HPV vaccine for school entry.

HPV-9 Use in Older Adults Considered by ACIP

During the October 2018 ACIP meeting, the HPV workgroup presented preliminary information for discussion purposes.  Cost data, though incomplete, showed that increasing use recommendations of the HPV-9 vaccine is not likely to be cost effective. In addition, preliminary data showed that receiving the vaccine would not likely have a significant positive impact on those who may have chronic HPV infections that go on to become HPV associated cancers.3

ACIP may vote on this issue as early as their next meeting in February 2019. However, ACIP’s February agenda has not yet been published. Notably, during  the February 2018 ACIP meeting, the CDC presented data indicating that it may be decades before it is known whether HPV vaccine has impact on HPV associated cancers.5

ACIP Recommends Routine Hepatitis A Vaccination for the Homeless

Votes carried out during October’s ACIP meeting included the passage of a routine recommendation of Hepatitis A vaccine for the homeless to prevent outbreaks in this at risk group;6 and formatting and language clean up of the CDC recommended childhood7 and adult8 vaccine schedules (routine, catch-up and medical indication tables). The CDC’s website will be updated with these vaccine schedules with the goal of making the new schedules clearer to vaccine administrators and the public.

Vaccine Access A Key Factor in Rise in Unvaccinated Children

At the October ACIP meeting, the CDC set forth the latest MMWR reports on childhood vaccine coverage. Dr. Nancy Messonnier, Director of the National Center for Immunization and Respiratory Diseases (NCIRD) commented on the slight increase in the number of unvaccinated children. Dr. Messonnier stated,

“Parental choice may play some role, but CDC’s data really suggests that many of these parents do want to vaccinate their children, but they may not be able to get vaccines for them. They may face hurdles like not having a health care professional near by, not having time to get their children to a doctor, and thinking that they cannot afford vaccines.”9

A presentation was made on the new anthrax vaccine AV7909, which is manufactured by Emergent Biosolutions, and uses the novel CpG 7909 adjuvant. The new adjuvant CpG oligodeoxynucleotide (CpG ODN) is a synthetic oligodeoxynucleotide derived from bacterial DNA that accelerates the pro-inflammatory response of the immune system to stimulate immunity.10 11 This vaccine, once approved, will be stockpiled in the Strategic National Stockpile, to be used in the event of a bioterrorism attack.12 13

ACIP is also conducting a routine review of their use recommendation for PVC 13 pneumococcal vaccine in adults. Data was presented suggesting that the vaccine has little direct benefit to seniors. Additional data will be presented during February’s ACIP meeting with a possible vote in February or June that may result in a change to the routine use recommendation of the PCV 13 vaccine in 65+ adults.14

Data was presented on the use of Tdap in place of Td vaccine for the 10-year booster vaccination recommended by the CDC.15 It appears a key reason behind this possible substitution has to do with vaccine providers opting to keep little to no Td vaccine supplies on hand. ACIP has formed a workgroup to evaluate a possible change in this policy and will present data and recommendations to ACIP for additional consideration.

Sanofi Pasteur presented data on the initial use of a full dose (.5-ml) of the Fluzone Quadrivalent vaccine in infants six months of age compared to the current half dose recommended for this age group.16 Additional information will be presented at future ACIP meetings as the committee considers a possible change in recommendations.

The CDC removed four DTaP precautions to receipt of pertussis containing vaccines, including

from their Best Practice Guidelines webpage.17 18 The reason provided for this change was that these precautions were associated with the DTP vaccine, which is no longer licensed for use in the U.S. due to its higher reactivity and risk for vaccine injury, and not the DTaP vaccine.

During ACIP’s public comment session, the majority of comments were made by individuals reporting vaccine injuries and deaths and those concerned about lack of informed consent protections in vaccine policies and laws. Health care professionals provided public comments that were critical of data presented to ACIP and of current ACIP vaccine recommendations. Many parents echoed these concerns and shared their heart breaking stories of vaccine injury and death.19 20

Destiny Maynard tearfully shared with the committee the story of her son, Christopher, who died in the summer of 2018 following complications from Acute Disseminated Encephalomyelitis (ADEM) shortly after receiving an HPV vaccination. She read a statement from her son’s neurologist explaining that cases of ADEM can be triggered by vaccines and that the HPV vaccine, specifically, has been implicated in cases of ADEM within one month of vaccination. The statement concluded that strong consideration must be given to the HPV vaccine causing ADEM, which resulted in the death of Christopher.21

The Government Accountability Office published a report in 2014 critical of the length of time it takes to process VICP claims, 22 one of many criticisms of the implementation of the VICP created by Congress in the 1986 National Childhood Vaccine Injury Act.23 The Secretary of Health still has not fulfilled NVIC’s long-standing request for funding of research to address acknowledged vaccine safety science gaps identified in over 25 years of reports issued by the National Academy of Medicine (NAM), formerly the Institute of Medicine (IOM).

According to reports by federal officials during ACCV’s meeting, the leading injury claim in the VICP by adults is shoulder injury (SIRVA) from improperly administered vaccines, followed by Guillian-Barre Syndrome (GBS) caused by from influenza vaccine. Notably, during the June 4, 2015 meeting of ACCV, HRSA noted that SIRVA was not an adverse reaction to the vaccine itself, rather it was an injury resulting from incorrect administration of the vaccine too high in the shoulder muscle causing shoulder injury. NVIC provided public comment opposing the addition of SIRVA to the Vaccine Injury Table (VIT) due to the fact that this injury is not a vaccine adverse event, rather it is the result of a lack of professional training and/or misadministration by the vaccine provider.24

Despite these comments, ACCV recommended adding SIRVA to the VIT to provide healthcare professionals with a liability shield if they incorrectly administer any routinely recommended childhood vaccine in the shoulder and cause a shoulder injury. SIRVA injuries can range from mild to severe, can cause temporary or permanent injury that limits movement and results in pain from bursitis and tendinitis.25 26

ACCV’s process workgroup presented initial discussion results on their review of a survey of petitioners rating their experience with VICP, the outcome of their claim, and how they found out about the VICP. This survey is, in part, the result of the acknowledged lack of public awareness of the VICP and how it might be improved. NVIC has requested that ACCV amend the survey to include questions relating to the satisfaction and adequacy of awards from VICP based on recommendations from federally commissioned reports on VICP.

What this all means is that the government itself is playing with everybody’s life, and if you won’t do anything about it, then you are an absolute fool.