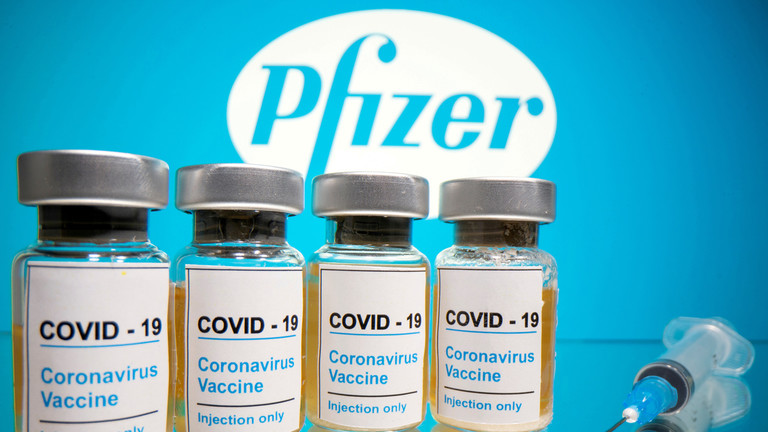 The world was blasted with major news about the “beginning of the end” of the COVID19 pandemic in the past few days. Not only that the hype was grossly unwarranted due to its logistical and storage problems, the Pfizer vaccine’s efficacy, like many of its peers, is put to question.

Plans on ice: Freezers & logistics are the reasons Pfizer’s vaccine is all hype, and won’t be a magic bullet

The announcement on Monday that the Pfizer/BioNTech Covid vaccine was 90% effective injected rocket fuel into the stock market and hope into hearts everywhere. But the vaccine’s cold-storage requirements present huge problems.

Immediately after the announcement, politicians began falling over themselves to hand fat checks over to the Big Pharma giants, hoping that the news would inspire hope in their public. Many parts of the media treated it likewise as a crushing blow to the coronavirus; the Economist called it “the beginning of the end.” But not everyone shares their optimism. Concerns are emerging about how practical the Pfizer vaccine could be, requiring as it does hugely expensive supporting equipment.

Straight from the fridge

The Pfizer vaccine uses messenger RNA (mRNA) to combat the virus, an advanced genetic therapy that uses the virus’ own genetic material against it. Because mRNA is in a sense a living molecule, the vaccines have to be constantly kept at extremely low temperatures: -70 degrees Celsius or -94 Fahrenheit to be exact. And that is the maximum: ideally they would be even cooler.

This takes freezers. Big, expensive ones, and lots of them at that. The vaccine can only be stored in a normal refrigerator, like one you would have in your kitchen, for five days prior to use. After that they spoil, but the boffins are currently working to extend that period to two weeks. Opening the freezer as little as possible also helps.

While initial reactions were white hot, many health policy makers seem to be going cold on the idea of Pfizer’s vaccine. This report outlines how the East Asian nations, especially the poorer ones like Vietnam, Indonesia, and the Philippines, are not keen on the idea of splashing out for God knows how many giant freezers which would have to survive journeys to remote communities in difficult terrain or on distant islands. Not to mention the weather, which in warmer climes will make the energy demands even greater.

But it is not just the poor countries that are worried. South Korea and Japan claim to not currently have the cold storage space for a Pfizer-type vaccine. If this is how Asian countries are reacting – countries that were widely praised for their technological approach to handling the outbreak – how could this work in Latin America and Africa?

In fact, even the most sophisticated American hospitals in big cities have nothing like the capacity to store Pfizer vaccines. And according to one publication, nothing less than “a gigantic new network of freezers” will do.

Pfizer themselves claim to have “developed packaging and storage innovations to be fit for purpose for the range of locations where we believe vaccinations will take place.” Apparently it involves using dry ice to transport the vaccine by land and air. That is all very well in theory, but again, it is difficult to look past the scale of military-style operation this sort of thing would entail.

But with problems this complicated, the true scale of the challenge will not become apparent until it has begun. Governments, at least in Western Europe, have a tendency to spend money first and ask questions later when it comes to fancy equipment. The Irish government, for example, last year spent over €2 million on a single printer for their parliamentary buildings. If that is anything to go by, perhaps they will splurge on the freezers.

Politicians are absolutely right to be expressing these concerns about the logistical nightmare the Pfizer vaccine appears to present. Any vaccination programme is a massive undertaking, but Covid vaccines in particular have a host of additional challenges baked in. The accelerated timeline they are being developed at, the confusion over who is to be served first and the apparent lack of enthusiasm from the public for even getting them at all.

One former Big Pharma honcho was particularly scathing about the way in which Pfizer announced their early results. He called it “a cynical and egregious marketing ploy by Pfizer to get early orders’’ and said that Pfizer “know that mass vaccination with a vaccine that needs storage at -80 degrees is completely unworkable.” It should be noted that this is a former director of rival firm GSK, and so there may be some company pride at stake. But he is certainly not alone, as many experts are doubtful that a large roll out of this vaccine is at all feasible.

All of this said, it looks like Pfizer’s boss has done just fine from the announcement.

By Peter Andrews, Irish science journalist and writer based in London. He has a background in the life sciences, and graduated from the University of Glasgow with a degree in genetics.

Wayne Dupree: Vaccine for thee but not for me. Here’s why I don’t trust any rushed shots

Developing any type of vaccine requires meticulous, methodical research, and the willingness to scrap ideas that don’t pan out and start over again from scratch. I don’t see that happening, with the pressure to produce a vaccine amid a pandemic as devastating to all aspects of life as this one. And with several companies and groups trying to be the first to get a vaccine to market, I’m afraid the company that receives the approval may be the one with the best political connections, not the best and safest vaccine. Considering the number of post-market drug recalls and withdrawals in the past few years, the US’ Food and Drug Administration doesn’t have the best track record on vetting the research.

I ask once again: how can the public trust a drug that’s made in haste while the scientific community is still learning the remaining health problems the virus has created in people who’ve contracted it and lived? The government is not instilling any confidence that whatever is produced will be in our best interest.

How can you not be seriously skeptical of any vaccine produced in the current climate of hate, fear, and political pressure? You should be. Right now, I would feel about as safe trying a Covid-19 vaccine as I would trying one of the potion recipes in the Harry Potter books.

Vaccines should NEVER be mandatory. You don’t have to be an anti-vaxer to mistrust a vaccine with rushed clinical trials and, especially, no longitudinal studies. I’m not the only human being on this planet who feels vaccines are NOT all safe. Many are apprehensive they would compromise their immune systems, while the anti-vax community has some valid reasons why they’re against it. All concerns need to be listened to. Simply pushing anything mandatory on Americans is plainly unconstitutional!

Wayne Dupree was recently invited to the White House to talk to President Trump on messaging to the black community. He was named in Newsmax’s top 50 Influential African-American Republicans in 2017, and, in 2016, served as a board member of the National Diversity Coalition for Donald Trump. Before entering politics, he served for eight years in the US Air Force. His website is here: www.waynedupree.com. Follow him on Twitter @WayneDupreeShow

How COVID-19 Vaccine Trials Are Rigged

In a nutshell, the trial designs are such that the vaccines will get a passing grade even if their efficacy is minimal. Of course, we must also consider vaccine side effects and I’ve also written several articles about mounting safety concerns.

As reported1 by Forbes contributor William Haseltine, a former professor at Harvard Medical School and Harvard School of Public Health, while Moderna, Pfizer, AstraZeneca and Johnson & Johnson have all published their vaccine trial protocols in a rare display of transparency, “close inspection of the protocols raises surprising concerns.”