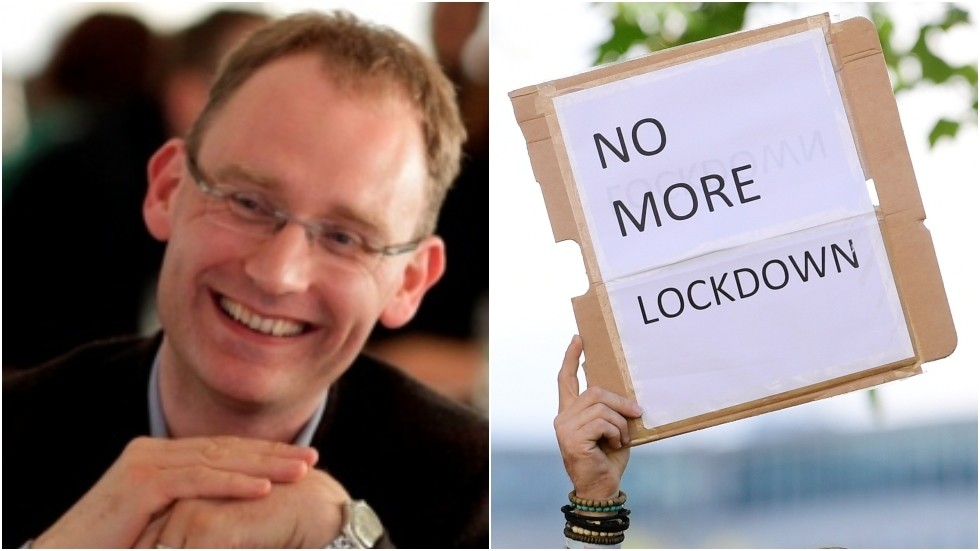 Professor Neil Ferguson is set to go down in history as the man who made all the wrong calls in the fight against the coronavirus. It’s difficult to know whether to laugh or cry at his sanctimonious pretence.

He’s been called ‘Professor Lockdown’ for his leading role in tackling the UK’s fight against Covid-19, but now, thanks to his inability to keep his trousers zipped in one of the most jaw-dropping instances of rank hypocrisy, Neil Ferguson will be forever remembered as ‘Professor Pants Down’.

He is the guy leading the team of epidemiologists at Imperial College London that stopped the government’s planned herd immunity idea in its tracks, citing computer modelled research that indicated more than 500,000 Brits would die from coronavirus unless social distancing was introduced pronto to prevent it from spreading.

And then what does he do? With timing that could not have been worse in any way, he’s had to quit his role after it emerged he’s been inviting his married lover over so they can get up close and personal in defiance of the laws that apply to every other person in Great Britain.

So long to the headlines that lauded the Lockdown Lothario in the past few weeks. Media outlets even claimed his research and advice saved tens of thousands of lives, giving him God-like status as the saviour of our people.

Unfortunately, the professor has believed all his publicity.

And when you start thinking you’re something special and particularly when not used to all the attention, then the moral compass can start to go a bit wonky.

Now, he’s humiliated himself on the national stage and done serious harm to the marriage of the woman involved – 38-year-old Antonia Staats – who still lives with her husband and two children according to reports. And has been forced to resign from his government advisory position on Tuesday night because of it.

It must never have occurred to either of them, as Ms Staats travelled expectantly across London to hook up with her 51-year-old beau, that millions of couples in the UK have been living apart, banned by law from meeting up during this lockdown, now in week seven, so why not them?

At the outset of the lockdown, some of the more down-to-earth advice from Boris Johnson was that if you wanted to spend time with your lover during lockdown then this was the time to get serious and either move in or move on.

But no. Not for Neil Ferguson. Lockdowns are not for the high and mighty. They’re for the little people who we’ve scared into thinking death lurks behind every lamppost with charts of lives lost and grim statistics wheeled out on the telly every night to frighten them into submission.

While they huddle in terror on their sofas, the great and good who think like Ferguson simply go about their business, doing as they please, ruining lives, critically undermining public health messages that now face unprecedented pressure and polishing their egos in front of the mirror every morning.

Oh, how we laughed at the start of April when Scotland’s chief medical officer Dr Catherine Calderwood quit after being caught visiting her second home when she was supposed to be obeying the lockdown. What was she thinking?

I’m sure Prof Ferguson had a good old chuckle at that too. So it makes his boneheaded ignorance here even more confusing.

He claimed that he “acted in the belief that I was immune” and clearly not just from coronavirus. But immune from heeding his own advice, immune from the opprobrium of cheating with a married woman, and immune from the loathing his actions will now bring down on his head from a public nearing its limits of patience with being stuck indoors, largely thanks to his advice.

So congratulations Neil Ferguson. You have now royally screwed your mistress, your career and your nation.