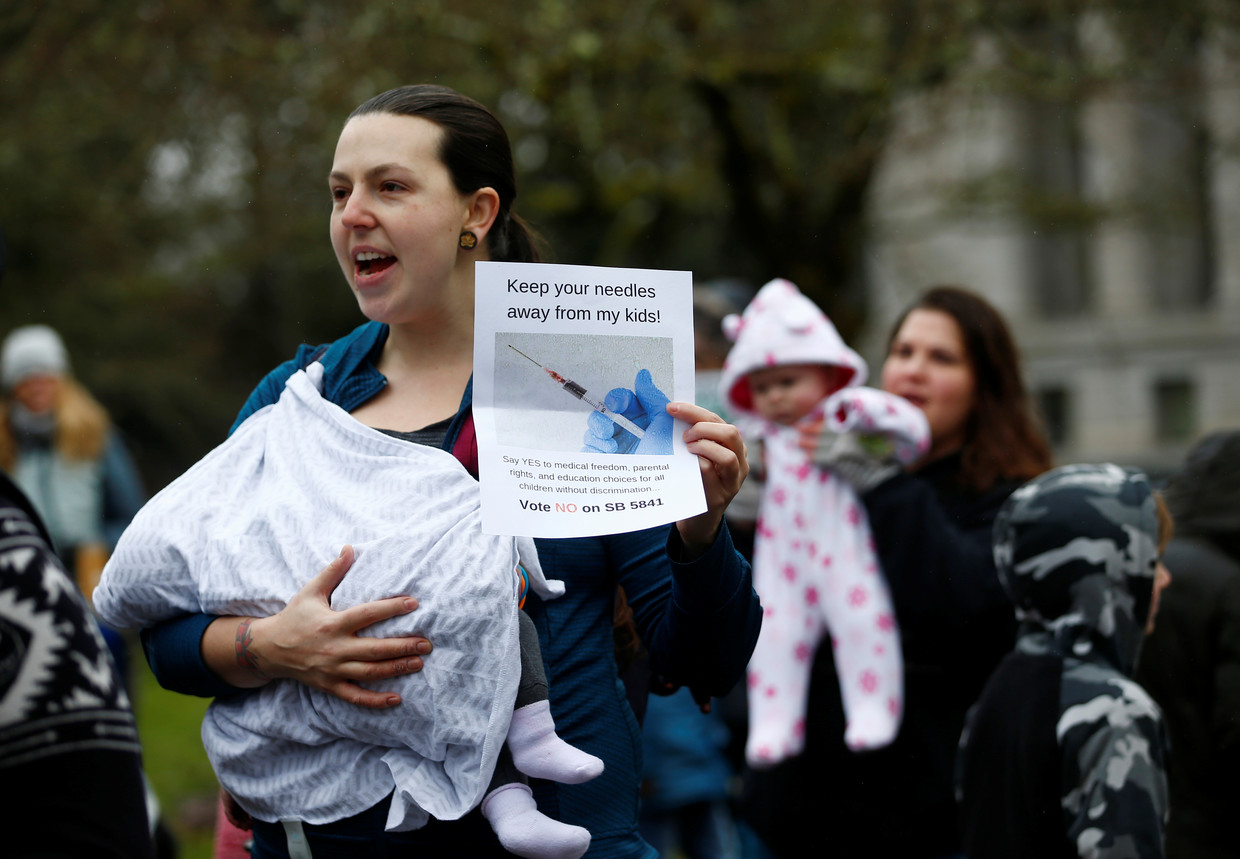 Right after the recent UN-WHO publication suggesting that among the top health threats today are Ebola, HIV and “vaccine hesitancy,” antivaxxers are now being blamed for the supposed increase in measles incidence, and are being actively banned in mainstream media websites and big social network platforms.

Amazon is also pulling all anti-vaccination documentaries from its Prime Video section.

Amazon has yanked at least five anti-vaccination documentaries questioning the safety of vaccines from its Prime Video streaming platform.

The anti-vax documentaries had been available in the U.S. as part of Prime Video but as of Friday afternoon were not available to stream. Those include “Vaxxed: From Cover-Up to Catastrophe”; “We Don’t Vaccinate!”; “The Greater Good”; “Shoot ‘Em Up: The Truth About Vaccines,” a purported exposé on the danger vaccines pose by potentially contributing to autism, asthma and neurological damage; and “Man Made Epidemic,” described as an investigation into “the autism epidemic and whether MMR vaccines have a role to play.”

If you try Pinterest search for “vaccination” today it won’t provide any results at all. We are not being banned yet, but we know that our traffic is being throttled down right from the start, and that’s a built-in feature in FB’s algorithm to limit the reach of dissenting views on highly relevant issues.

Here’s the news that sparked another wave of outrage at the UN again.

The UN children’s agency, UNICEF, sounded the alarm about the spread of highly contagious diseases around the world on Friday, revealing that 98 countries reported a spike in measles cases last year. However, only 10 countries are responsible for that dramatic increase.

Vaccine hesitancy in the Philippines was due mostly to the 600+ deaths in the aftermath of the highly illegal Sanofi Dengvaxia mass vaccination covering at least 834,000 schoolchildren in 2016, and more than a hundred thousand more including a young doctor who also died a few weeks thereafter. Since then, more parents are opting out from government vaccination programs, and they are all justified, of course.

The situation could have been more perfect if those parents have access to the best vaccine alternative there is.

In order to win back the public trust, both the Department Of Health and the mainstream media are working in unison to fill the multimedia networks with “measles outbreak,” in much the same passion as when governments were selling the threat of terrorism worldwide for higher intelligence budget.

Incidentally, this local fearmongering about measles came right after we posted several antivax commentaries couple with electrical solution at the social media accounts of the DOH and in those politicians who are projecting themselves are “workers for the common folk.”

There are also multiple active troll farms that are sporting anti-vaccination sentiments in their page titles, but when you begin to participate, most of the people there will just try to pin you down instead of discussing how they can implement the same method on their own.

You will know when they are just trolls and not really people who are genuinely seeking useful information about your experience if you look at how disconnected their profiles are in the way they talk over you, i.e. they package themselves well by posting family pictures in their accounts that show how gentle they are with their kids, but when it comes to you, they’ll use all the curses in the world. Those are the more sophisticated ones, but the rest are just accounts that existed a few days ago.

They are doing all these countermeasures more actively now because we are not only against vaccination, we are also presenting a more scientific alternative to it, i.e. electricity!

This is what really alarms them today. Many people are made aware of it because you cannot disregard the fact that it is so accessible and easy to implement by almost anyone who can count his fingers, and the undeniable ability of an electric current to neutralize, not just one type of virus, but all of them upon contact.

The System Must be Preserved at All Cost

Their recent fearmongering about measles, in parallel with shaming those who cannot go back to vaccination because of their bad experiences with it, is a blatant yet desperate attempt at keeping the next generations malleable to globalist control, while keeping Big Pharma’s financial position viable.

While this proposition carries tremendous value for patients and society, it could represent a challenge for genome medicine developers looking for sustained cash flow…

In the case of infectious diseases such as hepatitis C, curing existing patients also decreases the number of carriers able to transmit the virus to new patients, thus the incident pool also declines … Where an incident pool remains stable (eg, in cancer) the potential for a cure poses less risk to the sustainability of a franchise.”

Those are the words of a Goldman Sachs executive as interviewed by CNBC just recently.

The whole situation is, as they said a long time ago, a “survival of the fittest.” But it is still good to know that there are still medical practitioner out there who still care about “medical freedom.”

An outbreak of measles in Washington State is the latest news hook for efforts to tighten vaccine mandates and oppose efforts, as in Arizona, to strengthen protections for informed consent and parental rights, reports the Association of American Physicians and Surgeons (AAPS).

In case states fail to follow California’s lead in eliminating all exemptions except for rare medical reasons, Congress may enact a federal mandate, AAPS notes. The Oversight and Investigations Subcommittee of the House Energy and Commerce Committee will hold a hearing on Feb 27 on the measles outbreak. The Senate HELP (Health, Education, Labor & Pensions) Committee will hold a hearing on Mar 5 concerning preventable disease outbreaks.

“All medical interventions, including vaccines, have risks and benefits,” stated AAPS executive director, Jane M. Orient, M.D. “Physicians have the duty to advise patients according to their own best judgment, and patients have the right to decline to follow their advice. Patients also have the right to be fully informed and not restricted to governmentally approved information.”

“Medical freedom is a basic human right,” states Dr. Orient. “Sacrificing it in the name of population health is likely to worsen public health.”

“Governmental preemption of patients’ or parents’ decisions about accepting drugs or other medical interventions is a serious intrusion into individual liberty, autonomy, and parental decisions about child-rearing,” states AAPS in a letter to congressional committee members.

The Association of American Physicians and Surgeons (AAPS) is a national organization representing physicians in all specialties, founded in 1943. Its motto is “omnia pro aegroto,” or “all for the patient.”