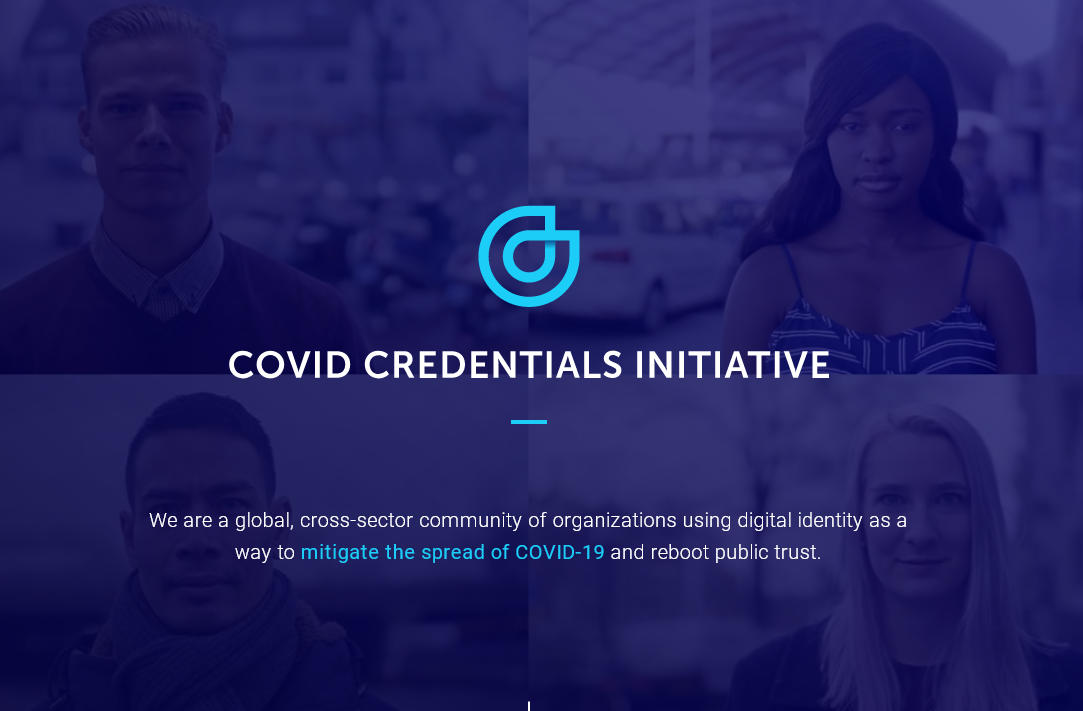 The UN Agenda 2030, aka global depopulation towards 500,000,000 to “maintain balance with nature” has gone overdrive with COVID-19 planned mass vaccination. The Corporatocracy has just found out that 99% of the governments worldwide are under their mind control, when the latter enthusiastically implemented the highly recommended lockdown cloaked as “enhanced quarantine.” But they’re not stopping there…

So successful was the CovertID-2019 operation that they are now preparing to take the whole exercise to the next level, i.e. satisfy the governments’ clamor for mass vaccinations, and the citizenry’s voluntary acceptance of surveillance IDs to protect themselves from “troublemakers” like us.

Heck, some of these morons here in the Philippines are even demanding for Martial Law imposition to stop the “undisciplined” from infecting them with COVID-19. Not to mention the aggressive physical attacks on the grossly underpaid health workers on their way home from work.

All of the events leading to this WHO-declared pandemic, i.e. from the weaponization research studies of the coronavirus to the multiple meetings that highlighted the weaknesses of governments to respond to a pandemic, justify the establishment of a closely monitored inoculation, coupled with proactive “contact-tracing” mass surveillance mechanism via chip implantations and vaccine ID certification.

According to an article in the National institute of Allergy and Infectious Diseases’ website:

A newly identified coronavirus that killed nearly 25,000 piglets in 2016-17 in China emerged from horseshoe bats near the origin of the severe acute respiratory syndrome coronavirus (SARS-CoV), which emerged in 2002 in the same bat species.

The new virus is named swine acute diarrhea syndrome coronavirus (SADS-CoV). It does not appear to infect people, unlike SARS-CoV which infected more than 8,000 people and killed 774. No SARS-CoV cases have been identified since 2004.

The study investigators identified SADS-CoV on four pig farms in China’s Guangdong Province. The work was a collaboration among scientists from EcoHealth Alliance, Duke-NUS Medical School, Wuhan Institute of Virology and other organizations, and was funded by the National Institute of Allergy and Infectious Diseases, part of the National Institutes of Health. The research is published in the journal Nature.

Below that article is the acknowledgement that said research was funded by the NIAID itself, where Dr. Fauci is serving as the director.

Another silent funder of the said research is the EcoHealth Alliance of multiple “local scientists, universities, nongovernmental organizations, foreign ministries and agencies.”

These include, among others, the Bill and Melinda Gates Foundation through Dr. Scott Dowell as its Deputy Director for Surveillance and Epidemiology.

Who is Dr. Scott F. Dowell?

Dr. Scott F. Dowell is a versatile doctor, who can move between government and private companies, i.e. from CDC and Bill Gates foundation.

As always, these entities and the COVID-Bat research above are justified using the all-too familiar clause:

The researchers say the finding is an important reminder that identifying new viruses in animals and quickly determining their potential to infect people is a key way to reduce global health threats.

Yet, until now the “global heath threats” they’ve been talking about for decades are still here. In fact, the threats to health are expanding, as many of the commercial “clinically trialed” drugs which are withdrawn from the market after billions have already been made, were rebranded and marketed again elsewhere.

Reduction of global health threats was also the justification when WHO commissioned a research on HIV-AIDS through various private companies and research laboratories, before it became a pandemic. The spread of the HIV-AIDS was deliberately implemented via polio and hepatitis vaccinations in Africa and in New York City (to mitigate from any future racial-related accusations).

Every physician knows that diagnosis precedes treatment, and that the diagnostic process involves a differential diagnosis THEORIZING what ails the patient. Here, as the late great AIDS Czar for the World Health Organization, Jonathan Mann, said, “Rather than a medical problem, AIDS is a socio-political IMPOSITION.” His statement heralds a critical component in the differential diagnosis of this hideous pandemic; one that The Moderator wishes to strike from the record while assailing its proponents.

… Litton Bionetics was reported to be the leading supplier of African simians for the NCI and America’s biomedical community.(19) They were also the U.S. military’s sixth leading biological weapons contractor according to the 1969 Congressional Record.(20) The question of laboratory contamination is raised here by NCI documents showing hepatitis, herpes, and retrovirus recombinants (including acute lymphocytic leukemia virus hybridized with influenza or parainfluenza viruses to propagate airborne leukemia) were being cultured and tested before 1971 at Bionetics and collaborating laboratories in northwest Uganda and near Bethesda.(19) Bionetics also administered the “Special Virus Cancer Program” for the NCI and National Institutes of Health (NIH) including HB collaborative studies between New York investigators representing the Merck pharmaceutical company and the International Agency for Research on Cancer operating in France and Uganda.(19)

Experimental subjects for these HB vaccine trials included homosexual males in NYC, Willowbrook State School (WSS) mentally retarded children on Staten Island, and African Blacks. All subjects were not informed that the four subtype HB vaccines being tested were partially processed in live potentially contaminated chimpanzees, shipped from Africa by Bionetics, then housed in NYC where biohazard and containment problems, including the horizontal transmission of infectious diseases, was routine.(17,18)

Further scrutinizing the development and testing of these four HB vaccine subtypes, the blood from these experimentally infected human subjects was later pooled and used to develop “perhaps 200,000 human doses” according to Merck’s vaccine chief, Maurice Hilleman.(18) Again, these doses containing HB viruses serially passed from Australian humans, to WSS children, into African chimpanzees before being reinoculated into New Yorkers and central Africans by way of vaccines by 1975.(21) This was perfect timing for the initial outbreak of GRID/AIDS cases in these regions by the late 1970s.

Relatedly, in a recovered interview, Dr. Hilleman reported unwittingly importing AIDS virus into North America in contaminated monkeys destined for vaccine research and development at Merck.(22) Likewise, Dr. Hilleman’s coauthor and senior Merck vaccine developer, Benjamin Sweet, expressed regret that their early SV40 contaminated polio vaccines may have contributed to contemporary cancer epidemics. “[N]ow, with the theoretical links to HIV and cancer,” he reported in 1998 on the internet, “it just blows my mind.”(23)

Between 1978 and 1984 the percentage of HIV-positive gay men in NYC rose dramatically. In other HB vaccine study populations the rise in HIV-1 sero-prevalence and AIDS was also disconcerting. In San Francisco, for instance, among those who had been subjects in the trials (n=6,875) the HIV/AIDS rate rose from 4 to 68 percent between 1978 and 1984.(18) This increase was precipitous contrasting the rate of HIV infection among homosexual men reported elsewhere in 1989. Across the U.S. HIV/AIDS rates varied from 0 percent in many communities to 70 percent in NYC, with significantly less in San Francisco.

In 1982, concerns were expressed at the Pasteur Institute regarding the possible link between AIDS and the Merck-manufactured HB vaccine.

What were once labeled by the CIA as “conspiracy theories” are beginning to unravel in plain sight, because they are all based on historical data, and logical analyses of the actual actions being done by corporate entities that are fully resolved in their coordinated quest for perpetual, global dominance.

Already, various corporations have banded together to use cryptographic block-chain technology for COVID-19 “Immunity Passport” and “Self-Sovereign ID Project” to entice the global population to register themselves to the system for “their own good.”

Technologists building blockchain-based self-sovereign identity (SSI) tools are collaborating on an “immunity passport” to help stop the spread of COVID-19 without compromising the privacy of users. Proving some level of immunity would help individuals return to everyday life.

The COVID-19 Credentials Initiative (CCI) is working on a digital certificate, using the recently approved World Wide Web Consortium (W3C) Verifiable Credentials standard. The certificate lets individuals prove (and request proof from others) they’ve recovered from the novel coronavirus, have tested positive for antibodies or have received a vaccination, once one is available.

Over 60 organizations in the SSI space are participating, such as Evernym, Streetcred, esatus, TNO, Georgetown University and others. The initiative also has a global spread including Consulcesi in Italy, DIDx in South Africa, TrustNet in Pakistan and Northern Block in Canada.

… The tech world agrees on the need for some kind of digital certificate. Self-sovereign identity mavens were buoyed by former Microsoft boss Bill Gates asking for digital test certificates during a Reddit AMA last month: “Eventually we will have some digital certificates to show who has recovered or been tested recently or when we have a vaccine who has received it,” said Gates.

Otherwise, the non-compliant individuals will have their movement restricted in order to protect the vaccinated herd, which is, of course, illogical to say the least.

How can a vaccinated group be compromised if the vaccination is meant to protect them, as claimed by these expert-proponents?

In spite of these glaring contradictions, the recommended course of actions from the Johns Hopkins + Bill Gates Pandemic EVENT 201 have been fully complied with by most governments on this planet, including lockdowns and suppression of “fake news”, not because the latter fully understood the Orwellian measures that they are implementing, but because they believe that they are wise enough not to believe in “conspiracy theories,“ like the fully documented and fully verifiable involvement of the WHO to the HIV-AIDS research in the 1970s, through its highly deceptive HB/polio mass immunizations in Africa and in New York.

Worse, most of these politicians are inherently unqualified, nor predisposed, to perform any sort of independent scientific inquiry whenever the need arises.

They just do what they do best, i.e. exercise police powers against the people they have sworn to serve and protect, and trust all medical-related functions to the Department of Health, a conflicted agency predisposed to corporate test kits and mass vaccinations, instead of the more logical, direct, no-nonsense elimination of all types of viruses, known and unknown, using electrical forces in lieu of all toxic chemical compounds, so that the world will never be intimidated by a tiny adversary ever again.