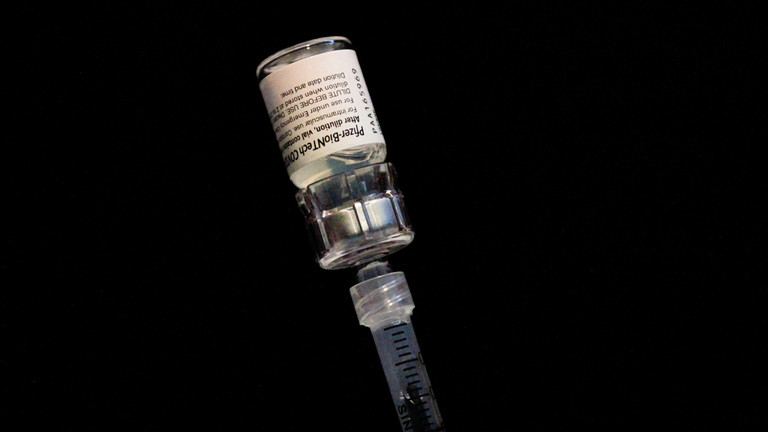 At least 30,304 British women have disclosed changes to their menstrual cycle after getting vaccinated against Covid-19. An editor for The Spectator is one of the most recently affected, and says many more are afraid to come out.

Lara Prendergast, an executive editor at London’s Spectator magazine, raised some concerning questions in a column on Thursday after reporting that she had been affected since receiving her first Pfizer dose in May.

Noting that it is an “uncomfortable” and sensitive topic to discuss – indicating that the true number of women with period-related vaccine side effects could be far greater than the 30,304 documented – Prendergast revealed that her cycle has not been right since she was vaccinated months ago.

“Millions of British women have been jabbed, so 30,304 reports will be a tiny proportion: a negligible number, you might say. But it doesn’t seem negligible if you’re one of those women” she wrote, adding that friends have told her “they’ve also been affected” but “didn’t report it either” due to the topic being both awkward and sensitive, and because of fears of being branded an ‘anti-vaxxer’.

“Is it ‘anti-vaxx’ to be concerned that these jabs may be having an effect on our menstrual cycles?” Prendergast questioned, before claiming that a women’s health doctor had told her it is not exactly normal “for vaccines to affect periods in such a way.”

Prendergast also expressed concern that “if the jabs are affecting so many women’s periods, who knows what else might be going on,” noting that millions of women can only “hope and trust” that the medical officials and influencers who are pushing for young women to get vaccinated are right about the allegedly low risks involved.

Though she acknowledged that officials, such as Royal College of Obstetricians and Gynaecologists (RCOG) President Dr. Edward Morris, have assured women that it would be impossible for the vaccines to affect a woman’s fertility, Prendergast pointed out that most women do “associate their periods with their fertility,” and that side effects are thus extremely alarming to those who experience them.

“A month after my second jab, I make a note that my latest cycle is messed up, once again,” she concluded in the column.

The UK’s Medicines and Healthcare products Regulatory Agency (MHRA) has advised concerned women that menstrual issues are “mostly transient in nature” and that “there is no evidence to suggest that Covid-19 vaccines will affect fertility and the ability to have children.”

RCOG Vice President Dr Jo Mountfield has also said that though “changes to periods can be concerning,” it appears “most women’s menstrual cycles return to normal after one to two cycles.”

Menstrual cycle changes do not appear on the list of side effects given to Brits before they receive a Covid-19 vaccine in the UK.

The UK government announced on Monday that the MHRA was reviewing “suspected side effects of menstrual disorders and unexpected vaginal bleeding following vaccination against Covid-19 in the UK.” – RT.com

The only logical explanation as to why this is happening to some mRNA jabbed women is that the spike proteins that are hidden in the lipid nanoparticles, which actually move from the site of injection to the organs and tissues, including the spleen, bone marrow, liver, adrenal glands and  — in “quite high concentrations” — in the ovaries, according to mRNA research pioneer Dr. Robert Malone, are now doing what they’re designed to do, as defined by Bill Gates’ Innovating to Zero formula.