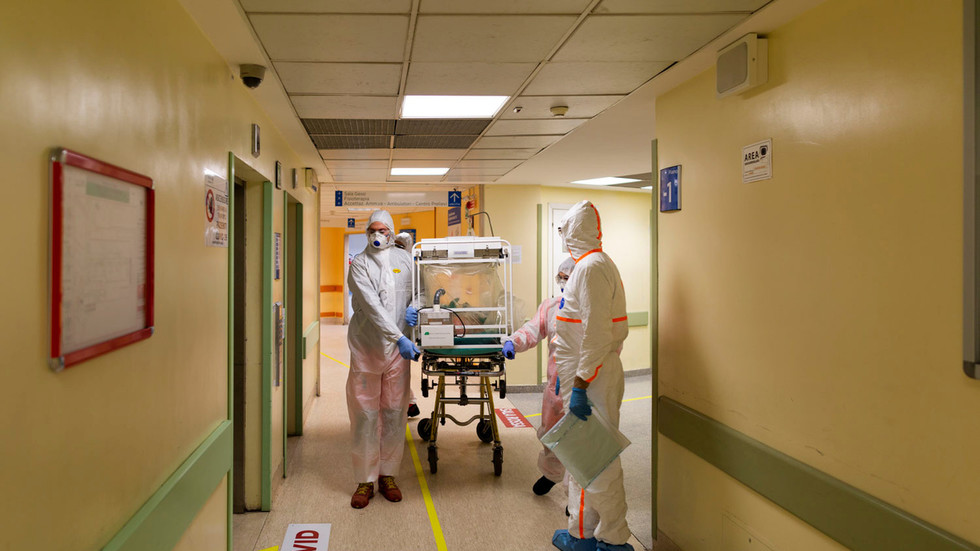 Europe has now suffered more deaths from coronavirus than the whole of Asia, according to a new AFP tally, signalling that the pandemic could be spiralling out of control in the West as China finally manages to contain the virus.

Confirmed deaths in Europe reached at least 3,421 on Wednesday, AFP reported, passing the 3,384 documented fatalities in Asia, where the virus first began to spread. The death toll globally has surpassed 8,000, the news agency said.

The worrying benchmark comes as Johns Hopkins University said there are 200,000 confirmed cases of Covid-19 worldwide. The number of confirmed infections has doubled globally in just 12 days.

The disease has been particularly deadly in Italy, which has the world’s second-highest number of diagnosed cases. The country has more than 30,000 known infections and more than 2,500 deaths.

Italian Prime Minister Giuseppe Conte is considering extending an ongoing countrywide lockdown beyond April 3, local media reported, as the government scrambles to stop the spread of the deadly illness.

EU leaders on Tuesday agreed to close the bloc’s external borders for 30 days to combat the rapidly-spreading virus. That move came after numerous member states had already closed their own borders to travel from badly hit countries.

European Commission president Ursula von der Leyen also admitted on Tuesday that Europe’s political leaders had “underestimated” the threat from what has turned into a global pandemic. – RT