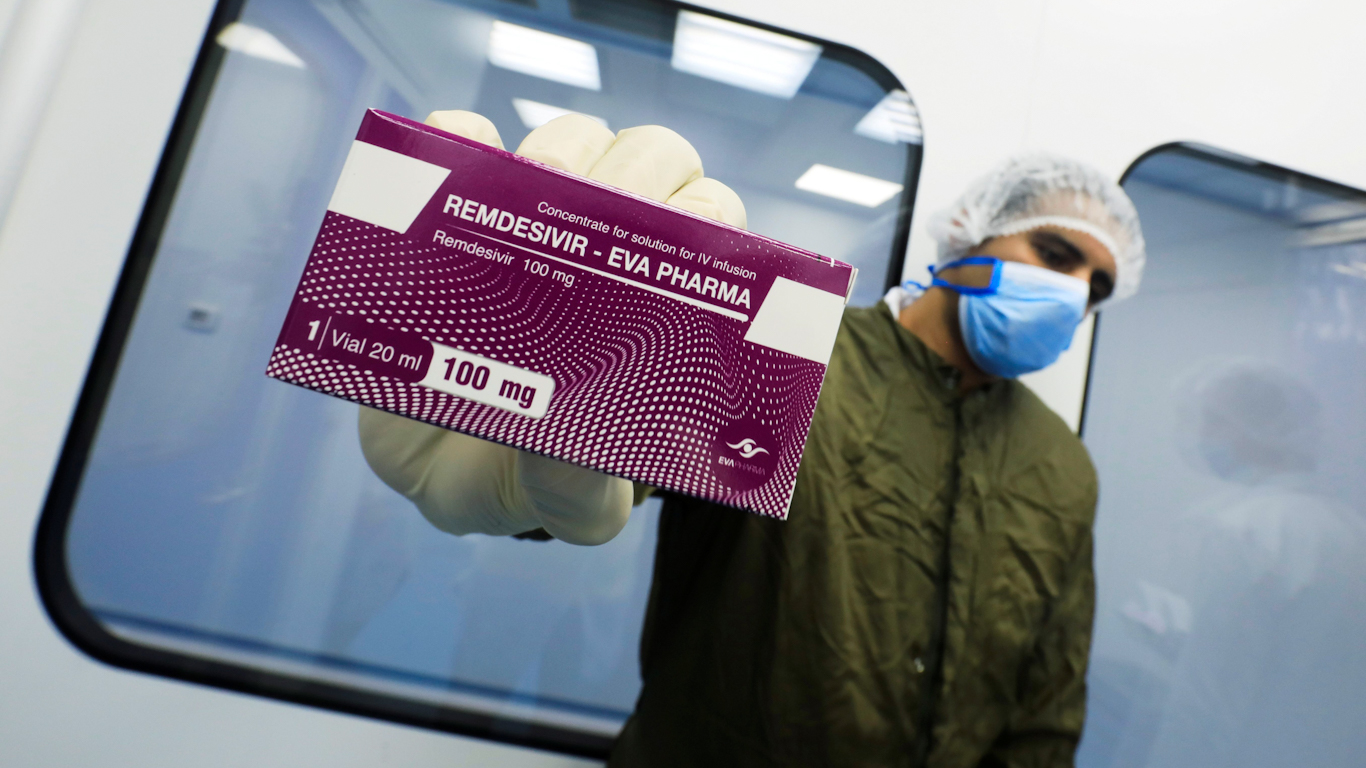 To make matter worse, Remdesivir is a drug that “has had its development costs paid for, in large part, by independent donors like governments and ministries of health in China, the WHO, and the US government.”

California-based pharmaceutical giant Gilead Sciences has announced that a five-day course of its antiviral drug Remdesivir — shown in tests to effectively fight COVID-19 — will cost $3,120 to Americans with health insurance and $2,340 to those on Medicaid. Yet research published in April calculated that the drug could be produced at a profit for as little as $0.93 per day.

The study, led by Dr. Andrew Hill from the Department of Translational Medicine, University of Liverpool, U.K., and published in the Journal of Virus Eradication, found that a five-day course of lifesaving Remdesivir could be mass-produced for less than the cost of a Subway sandwich. So cheap is the drug that the saline solution and the syringe needed to administer it would be more costly. MintPress spoke with Dr. Hill, who was dismayed by the company’s announcement.

We are in a health emergency. We can’t have a situation right now where people are unable to access medicine because the prices are too high. Remdesivir is a drug that has had its development costs paid for, in large part, by independent donors like governments and ministries of health in China, the WHO, and the U.S. government. So why should a company be making money in the middle of a pandemic by selling a drug which has largely been developed independently of them?” he said.

News of the decision led to an explosion of public anger. “As Gilead charges $3,120 for its COVID drug, Remdesivir, remember that the drug was developed with a $70,000,000 grant from the federal government paid for by American taxpayers. Once again, Big Pharma is set to profit on the people’s dime,” wrote former Secretary of Labor Robert Reich. “This isn’t healthcare. It’s extortion,” appeared to be the overwhelming sentiment on social media.

Gilead itself, however, seemed not to share this sentiment. Indeed, its press release on the subject positioned its decision as a selfless and magnanimous gesture of corporate philanthropy. “We approached this with the aim of helping as many patients as possible, as quickly as possible and in the most responsible way,” said its CEO, Daniel O’Day, adding that, “under normal circumstances” the company would have charged the public $12,000 per patient.

Remdesivir is an intravenous antiviral drug that has been used to fight other coronaviruses like SARS and MERS and has shown some effectiveness against Ebola. Although far from a miracle treatment, studies have concluded that it aids recovery, reducing the average hospital visit for COVID-19 patients from 15 days to 11 days when compared to a placebo. Like with everything coronavirus-related, there is no absolute scientific consensus.

In late April, the WHO accidentally leaked a Chinese study that suggested Remdesivir may not be as effective as Gilead claims it to be. Nevertheless, the Trump administration has now bought up the entire world’s stock of the drug, effectively confiscating it and shutting out every other country from the medicine.

“I’ve been working in medicine for 32 years and I have never seen anything like it. I’ve never seen a country be that brazen. We have to work together. This could be a taste of the future. They’ve tried to also do this with advanced orders of vaccines. Imagine if we had a 100 percent effective vaccine and it only went to Americans,” Dr. Hill told MintPress.

At the moment people don’t quite understand the gravity of the decision that the American government has made. This is a worldwide epidemic and we have got to remember that the clinical trials of Remdesivir were not just conducted in the United States; they were conducted around European and Chinese centers. Patients put themselves at risk to take part in an experimental drug trial, and the gratitude we get as other countries after our people were involved in these studies is to be shut out of the future supply of the drug?!… It is simply ethically unacceptable. I think there are serious questions to be answered. This is a new low ground, unfortunately,” he added.

Gilead has been under considerable public scrutiny of late. The company, which announced profits of $5.4 billion last year, has increased its value by $15 billion since the pandemic began.

In December, MintPress reported that it was being sued, accused of deliberately holding back a lifesaving HIV drug to extend the profitability of their previous, inferior one. With shades of the Remdesivir announcement, the drug is sold in Australia for $8 per month, but the company charges Americans around $2,000 for the same dosage.

“Gilead has a long history of profiteering,” said Dr. Hill. “Its CEO is a billionaire and has been accused of tax avoidance; by keeping their intellectual property in Ireland they avoided $10 billion in taxes in 2016 and they sell drugs for between 100 and 1,000 times the cost of production. And nobody is stopping them. I think this is a taste of things to come if we don’t have better controls on the pharmaceutical industry’s excesses.”

As of Wednesday morning, there have been 2.73 million confirmed cases of COVID-19 in the United States, the six worst days for the virus in terms of infections all occurring in the previous week.

Feature photo | A lab tech displays a package of the Remdesivir at the Eva Pharma Facility in Cairo, Egypt June 29, 2020. Amr Abdallah | Reuters

Alan MacLeod is a Staff Writer for MintPress News. After completing his PhD in 2017 he published two books: Bad News From Venezuela: Twenty Years of Fake News and Misreporting and Propaganda in the Information Age: Still Manufacturing Consent. He has also contributed to Fairness and Accuracy in Reporting, The Guardian, Salon, The Grayzone, Jacobin Magazine, Common Dreams the American Herald Tribune and The Canary.