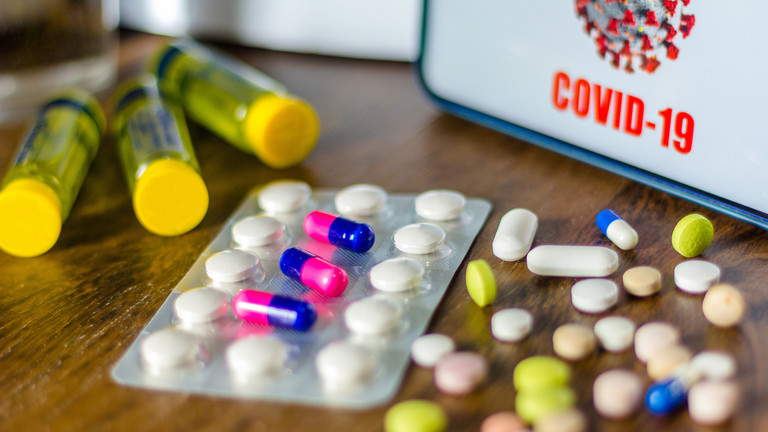 Evidence that a cheap, over-the-counter anti-malarial drug costing £7 combats Covid-19 gets trashed. Why? Because the pharmaceutical giants want to sell you a treatment costing nearly £2,000. It’s criminal.

I also pointed out some of the tricks, games and manipulations that are used to make medications seem far more effective than they truly are, or vice versa. This, I have to say, can be a very dispiriting world to enter. When I give talks on this subject, I often start with a few quotes.

For example, here is Dr Marcia Angell, who edited the New England Journal of Medicine for over 20 years, writing in 2009:

“It is simply no longer possible to believe much of the clinical research that is published, or to rely on the judgement of trusted physicians or authoritative medical guidelines. I take no pleasure in this conclusion, which I reached slowly and reluctantly over my two decades as editor.”

Have things got better? No, I believe they’ve got worse – if that were, indeed, possible. I was recently sent the following email about a closed-door, no-recording-allowed discussion, held in May of this year under no-disclosure Chatham House rules:

A secretly recorded meeting between the editors-in-chief of The Lancet and the New England Journal of Medicine reveal both men bemoaning the ‘criminal’ influence big pharma has on scientific research. According to Philippe Douste-Blazy, France’s former health minister and 2017 candidate for WHO director, the leaked 2020 Chatham House closed-door discussion was between the [editor-in-chiefs], whose publications both retracted papers favorable to big pharma over fraudulent data.

The email continued with a quote from that recording: ‘Now we are not going to be able to … publish any more clinical research data because the pharmaceutical companies are so financially powerful today, and are able to use such methodologies, as to have us accept papers which are apparently methodologically perfect, but which, in reality, manage to conclude what they want them to conclude,’ said The Lancet’s editor-in-chief, Richard Horton.”

A YouTube video where this issue is discussed can be found here. It’s in French, but there are English subtitles.

The New England Journal of Medicine and The Lancet are the two most influential, most highly resourced medical journals in the world. If they no longer have the ability to detect what is essentially fraudulent research, then… Then what? Then what, indeed?

In fact, things have generally taken a sharp turn for the worse since the Covid-19 pandemic struck. New studies, new data, new information is arriving at breakneck speed, often with little or no effective review. What can you believe? Who can you believe? Almost nothing would be the safest course of action.

One issue has played out over the past few months, stripping away any remaining vestiges of my trust in medical research. It concerns the anti-malarial drug hydroxychloroquine. You may well be aware that Donald Trump endorsed it – which presents a whole series of problems for many people.

However, before the pandemic hit, I was recommending to my local NHS trust that we should look to stock up on hydroxychloroquine. There had been a great deal of research over the years strongly suggesting it could inhibit the entry of viruses into cells, and that it also interfered with viral replication once inside the cell.

This mechanism of action explains why it can help stop the malaria parasite from gaining entry into red blood cells. The science is complex, but many researchers felt there was good reason for thinking hydroxychloroquine may have some real, if not earth-shattering, benefits in Covid-19.

This idea was further reinforced by the knowledge that it has some effects on reducing the so-called ‘cytokine storm’ that is considered deadly with Covid-19. It’s prescribed in rheumatoid arthritis to reduce the immune attack on joints.

The other reason for recommending hydroxychloroquine is that it’s extremely safe. It is, for example, the most widely prescribed drug in India. Billions upon billions of doses have been prescribed. It is available over the counter in most countries. So, I felt pretty comfortable in recommending that it could be tried. At worst, no harm would be done.

Then hydroxychloroquine became the center of a worldwide storm. On one side, wearing the white hats, were the researchers who’d used it early on, where it seemed to show some significant benefits. For example, Professor Didier Raoult, of the Institut Hospitalo-universitaire Méditerranée Infection, in France:

“A renowned research professor in France has reported successful results from a new treatment for Covid-19, with early tests suggesting it can stop the virus from being contagious in just six days.”

Then came this research from a Moroccan scientist at the University of Lille:

“Jaouad Zemmouri … believes that 78 percent of Europe’s Covid-19 deaths could have been prevented if Europe had used hydroxychloroquine… Morocco, with a population of 36 million [roughly one tenth that of the US], has only 10,079 confirmed cases of Covid-19 and only 214 deaths.

“Professor Zemmouri believes that Morocco’s use of hydroxychloroquine has resulted in an 82.5 percent recovery rate from Covid-19 and only a 2.1 percent fatality rate, in those admitted to hospital.”

Just prior to this, on May 22, a study was published in The Lancet, stating that hydroxychloroquine actually increased deaths. It then turned out that the data used could not be verified and was most likely made up. The authors had major conflicts of interest with pharmaceutical companies making anti-viral drugs. In early June, the entire article was retracted by Horton.

Then a UK study came out suggesting that hydroxychloroquine did not work at all. Discussing the results, Professor Martin Landray, an Oxford University professor who is co-leading the Randomised Evaluation of Covid-19 Therapy (RECOVERY) trial, stated:

“This is not a treatment for Covid-19. It doesn’t work. This result should change medical practice worldwide. We can now stop using a drug that is useless.”

The study has since been heavily criticized by other researchers, who state that the dose of hydroxychloroquine used was potentially toxic. It was also given far too late to have any positive effect. Many of the patients were already on ventilators.

This week, I was sent a pre-proof copy of an article about a study that will be published in the International Journal of Infectious Diseases. Its author has found that hydroxychloroquine “significantly” decreased the death rate of patients involved in the analysis. The study analyzed 2,541 patients hospitalized in six hospitals between March 10 and May 2 2020, and found 13 percent of those treated with hydroxychloroquine died and 26 percent of those who did not receive the drug died.

When things get this messed up, I tend to look for the potential conflicts of interest. By which I mean, who stands to make money from slamming the use of hydroxychloroquine, which is a generic drug that’s been around since 1934 and costs about £7 for a bottle of 60 tablets?

In this case, first, it’s those companies who make the hugely expensive antiviral drugs such as Gilead Sciences’ remdesivir, which, in the US, costs $2,340 for a typical five-day course. Second, it’s the companies that are striving to get a vaccine to market. There are billions and billions of dollars at stake here.

In this world, cheap drugs such as hydroxychloroquine don’t stand much chance. Neither do cheap vitamins, such as vitamin C and vitamin D. Do they have benefits for Covid-19 sufferers? I’m sure they do. Will such benefits be dismissed in studies that have been carefully manipulated to ensure they don’t work? Of course. Remember these words: “Pharmaceutical companies are so financially powerful today, and are able to use such methodologies, as to have us accept papers which are apparently methodologically perfect, but which, in reality, manage to conclude what they want them to conclude.”

Unless and until governments and medical bodies act decisively to permanently sever the financial ties between researchers and Big Pharma, these distortions and manipulations in the pursuit of Big Profit will continue. Just please  don’t hold your breath in anticipation.

Malcolm Kendrick, doctor and author who works as a GP in the National Health Service in England. His blog can be read here and his book, ‘Doctoring Data – How to Sort Out Medical Advice from Medical Nonsense,’ is available here.