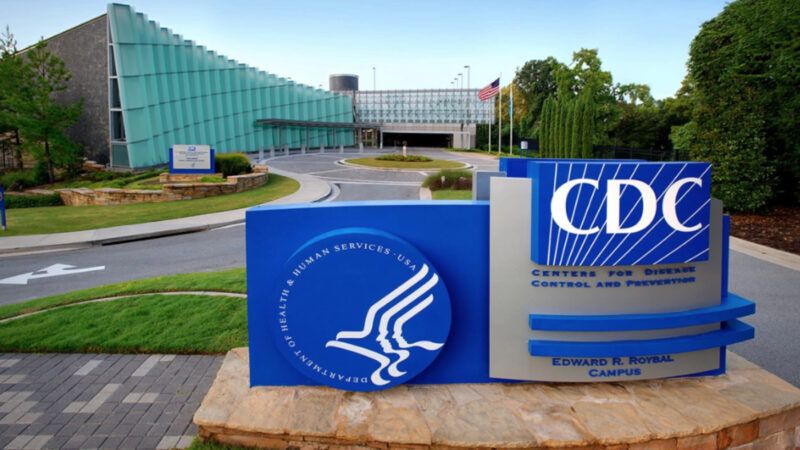 When they were still trying to raise the numbers of positive infections last year, the CDC and WHO recommended a higher threshold for amplification on PCR tests to detect as much fragments of the virus, or otherwise, as possible.

Now that the mass vaccinations are ongoing worldwide, and the positive PCR test results continue to rise in spite thereof, they just change the rules of how PCR testing is done, i.e. reduce the Ct or cycle threshold to reduce detections.

This is not to say that, in either case, the PCR test is a valid diagnostic tool for viral infection. But surely, the CDC and the WHO would like to mitigate from a potential backlash over the developing situation in the Seychelles, an island nation that has suffered from a recent surge in COVID-19 cases, despite boasting the world’s highest vaccination rate.

The PCR test is merely designed to confirm the presence of the virus during the mass production of vaccines, i.e. the manufacturer already know beforehand that a virus is present because that’s what they intentionally do to make a vaccine.

The Centers for Disease Control and Prevention will report only those breakthrough cases resulting in hospitalization or death. The agency also lowered the testing threshold, but only for the fully vaccinated.

As more reports surface of breakthrough COVID cases, in and outside the U.S., the Centers for Disease Control and Prevention (CDC) today said it will change how breakthrough cases are reported, effective May 14.

According to a statement on the CDC’s website, the agency said to help “maximize the quality of the data collected on cases of greatest clinical and public health importance” it will stop reporting weekly COVID breakthrough infections unless they result in hospitalization or death.

The news followed another change, announced late last month, in how PCR tests should be administered to the fully vaccinated.

Both changes will result in lower overall numbers of reports of breakthrough cases in the U.S.

A breakthrough case is recorded if a person tests positive for SARS-Cov-2 two weeks after receiving the single-dose Johnson & Johnson (J&J) shot or completing the two-dose Moderna or Pfizer vaccination.

Why the changes matter

In April, the CDC issued new guidance to laboratories recommending reducing the RT-PCR CT value to 28 cycles — but only for those fully vaccinated individuals being tested for COVID.

In an RT-PCR test — the gold standard for detecting SARS-CoV-2 — RNA is extracted from the swab collected from the patient. It is then converted into DNA, which is then amplified.

CT, or cycle threshold, is a value that emerges during RT-PCR tests. A CT value refers to the number of cycles needed to amplify viral RNA to reach a detectable level.

Dr. Anthony Fauci recommends a CT value of 35. Globally, the accepted cut-off for CT value for COVID ranges between 35 and 40, depending on instructions from manufacturers of testing equipment.

In other words, lowering CT threshold parameter may lead to missing infectious persons.

Because the change in how the CDC will report breakthrough cases is still being implemented and won’t take effect until May 14, the CDC did not report new numbers this week.

According to the latest available numbers, as of April 26, the CDC reported 9,245 people had tested positive for COVID at least two weeks after getting their final COVID vaccination. About 9%, or 835, people required hospitalization and 132 died.

The latest numbers are from 46 U.S. states and territories. It’s not clear which four states didn’t submit breakthrough case figures to the CDC.

According to the CDC, actual vaccine breakthrough numbers are likely higher as the surveillance system is passive and relies on voluntary reporting from state health departments and may not be complete. In addition, some breakthrough cases will not be identified due to lack of testing. This is particularly true in instances of asymptomatic or mild illness, CDC added.

The CDC said vaccines are still effective, noting the breakthrough cases represent a small percentage of those who have been vaccinated.

The island of Seychelles, which has fully vaccinated more of its population against COVID than any other country in the world, has re-implemented lockdown measures similar to those imposed in 2020 as infections surge.

According to Bloomberg, 62.2% of the island’s adult population has received two doses of COVID vaccines. That compares with 55.9% for Israel, the second most vaccinated nation. Sinopharm and AstraZeneca’s Covishield are the two vaccines being administered in the Seychelles.

“Despite all the exceptional efforts we are making, the Covid-19 situation in our country is critical right now, with many daily cases reported last week,” Peggy Vidot, the nation’s health minister, said at a press conference Tuesday.

On a per capita basis, the Seychelles outbreak is worse than India’s raging surge. Peaking at an average of just more than 100 new cases a day is a big deal in a country with a population of fewer than 100,000 people, The Washington Post reported.

Of those cases, 84% are Seychellois and 16% are foreigners, Daniel Lucey, clinical professor of medicine at Dartmouth Geisel School of Medicine, said in a blog post. Just under two-thirds of those are either unvaccinated or have only had one dose, and the remainder have had two doses, Lucey added.

A comparison between Sinopharm, Covishield and unvaccinated infected persons could be done using genetic sequencing and data on the severity of their infections, Lucey said. “Given the widespread international use of these two vaccines there are global implications to what is happening now in the Seychelles.”

Officials at a press conference gave little detail on what could be behind the infection surge other than to say people were taking fewer precautions against the virus than before and the surge may be due to celebrations after Easter.

“As more time passes and more people are fully vaccinated, it is likely that additional post-vaccination cases will occur,” the California Department of Public Health said in a statement.

Post-vaccination cases are recorded if a person tests positive for SARS-Cov-2 two weeks after receiving J&J or completing the two-dose Moderna or Pfizer vaccination.

The state health department did not have information on hospitalizations and deaths attributed to breakthrough cases.