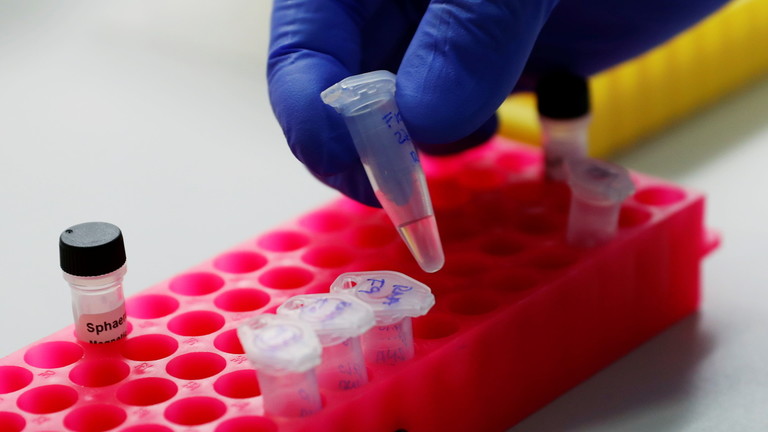 A peer review of the paper on which most Covid testing is based has comprehensively debunked the science behind it, finding major flaws. They conclude it’s utterly unsuitable as a means for diagnosis – and the fall-out is immense.

Last week, I reported on a landmark ruling from Portugal, where a court had ruled against a governmental health authority that had illegally confined four people to a hotel this summer. They had done so because one of the people had tested positive for Covid in a polymerase chain reaction (PCR) test – but the court had found the test fundamentally flawed and basically inadmissible.

Now the PCR testing supremacy under which we all now live has received another crushing blow. A peer review from a group of 22 international experts has found 10 “major flaws” in the main protocol for such tests. The report systematically dismantles the original study, called the Corman-Drosten paper, which described a protocol for applying the PCR technique to detecting Covid.

The Corman-Drosten paper was published on January, 23, 2020, just a day after being submitted, which would make any peer review process that took place possibly the shortest in history. What is important about it is that the protocol it describes is used in around 70 percent of Covid kits worldwide. It’s cheap, fast – and absolutely useless.

Among the fatal flaws that totally invalidate the PCR testing protocol are that the test:

Oh dear. One wonders whether anything at all was correct in the paper. But wait – it gets worse. As has been noted previously, no threshold for positivity was ever identified. This is why labs have been running 40 cycles, almost guaranteeing a large number of false positives – up to 97 percent, according to some studies.

The cherry on top, though, is that among the authors of the original paper themselves, at least four have severe conflicts of interest. Two of them are members of the editorial board of Eurosurveillance, the sinisterly named journal that published the paper. And at least three of them are on the payroll of the first companies to perform PCR testing!

The 22 members of the consortium that has challenged this shoddy science deserve huge credit. The scientists, from Europe, the USA, and Japan, comprise senior molecular geneticists, biochemists, immunologists, and microbiologists, with many decades of experience between them.

It is difficult to overstate the implications of this revelation. Every single thing about the Covid orthodoxy relies on ‘case numbers’, which are largely the results of the now widespread PCR tests. If their results are essentially meaningless, then everything we are being told – and ordered to do by increasingly dictatorial governments – is likely to be incorrect. For instance, one of the authors of the review is Dr Mike Yeadon, who asserts that, in the UK, there is no ‘second wave’ and that the pandemic has been over since June. Having seen the PCR tests so unambiguously debunked, it is hard to see any evidence to the contrary.

The house of cards collapses

Why was this paper rushed to publication in January, despite clearly not meeting proper standards? Why did none of the checks and balances that are meant to prevent bad science dictating public policy kick into action? And why did it take so long for anyone in the scientific community to challenge its faulty methodology? These questions lead to dark ruminations, which I will save for another day.

Even more pressing is the question of what is going to be done about this now. The people responsible for writing and publishing the paper have to be held accountable. But also, all PCR testing based on the Corman-Drosten protocol should be stopped with immediate effect. All those who are so-called current ‘Covid cases’, diagnosed based on that protocol, should be told they no longer have to isolate. All present and previous Covid deaths, cases, and ‘infection rates’ should be subject to a massive retroactive inquiry. And lockdowns, shutdowns, and other restrictions should be urgently reviewed and relaxed.

Because this latest blow to PCR testing raises the probability that we are not enduring a killer virus pandemic, but a false positive pseudo-epidemic. And one on which we are destroying our economies, wrecking people’s livelihoods and causing more deaths than Covid-19 will ever claim.

Peter Andrews, is an Irish science journalist and writer based in London. He has a background in the life sciences, and graduated from the University of Glasgow with a degree in genetics