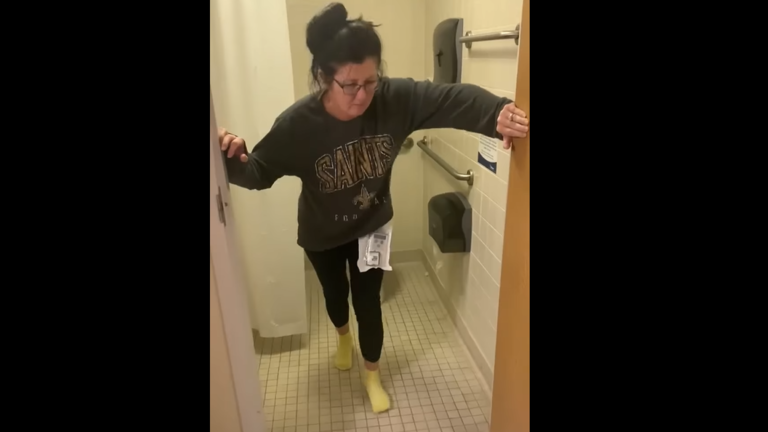 After a video of his mother’s condition went viral, the son of a woman who was hospitalized after receiving Pfizer’s Covid jab told RT that, even though he was not an anti-vaxxer, he had serious doubts about the drug’s safety.

Brant Griner issued an appeal on Facebook last week, after his mother began experiencing serious medical issues several days after taking the vaccine. In a now-viral post, Griner shared a video of his mother shaking uncontrollably as she attempted to walk, using nearby walls and a door to support herself as she inched forward.

“Mom is getting even worse today and I still don’t have any answers from doctors as to how to fix this. Please pray for her. I can’t stand to see my mom this way. It makes me want to cry. knowing I can’t do anything to help her. Please don’t take the covid19 vaccine,” he wrote.

The message and accompanying video has been shared nearly 160,000 times, and has racked up more than 35,000 comments.

Some replies questioned the truthfulness of Griner’s story, but he told RT in an interview that there was nothing fictitious about what had happened to his mother. He stressed that she had been eager to take the vaccine because she had wanted to do everything she could to lessen the chance of spreading the virus to her own elderly parents. Griner declined to disclose at which hospital his mother received the vaccine, explaining that he didn’t want the facility to become the target of an online harassment campaign.

“I’m not in any way shape or form an anti-vaxx person. My mom wasn’t – she was all for the vaccine before this happened,” he said.

Griner described his mother as a “very healthy” 45-year-old who had never before suffered from any kind of serious disease or health condition. According to the Louisiana resident, she woke up with a headache a day after receiving the shot. Several days later, she began suffering from “seizure-like movements” in her left leg. By the fourth day, she had “no control” over her legs and was rushed to the emergency room.

The hospital determined that she was experiencing a “neurological reaction,” he said, adding that doctors believe the medical condition was caused by “the metals in the vaccine.”

Although the headaches have been a daily occurrence, the convulsions have been sporadic, Griner explained. Sunday was the first day she had not experienced a headache, and her uncontrollable leg movements also seemed to be less severe, he said.

Now discharged from the hospital, Griner’s mother is undergoing tests and her doctors are hopeful that she will make a full recovery, provided there is no permanent brain damage.

Although he has been smeared by some as peddling disinformation, Griner insists he initially had nothing against the jab. “I wanted it to be good. My mom wanted it to be good. That’s the reason she got it. Everybody wants their immunity. Everybody’s ready for Covid to go away,” he said. Now, however, he seems less sure about being inoculated himself.

If it’s going to cause reactions like what it caused to my mom, it’s not worth it to me.

Since posting the video of his mother, Griner says he has received messages from “hundreds” of people sharing their own stories about vaccines triggering serious medical episodes. One woman who contacted him said she was experiencing “continuous” health issues after receiving the Moderna Covid shot.

In a follow-up video posted by Griner on Saturday, his mother explained that she opted to have the jab to “protect her parents” and that, so far, MRI scans and blood tests have not revealed any underlying condition that might have prompted the adverse reaction.

“Before you take this vaccine, please think. It has definitely changed my life,” she said in the video, as she held back tears.

Pfizer said in a statement to RT that it was “researching” the case, but has so far been unable to “confirm” it. “Neuromuscular disorders have not been a safety signal identified to date,” a representative of the pharmaceutical firm said. – RT.com