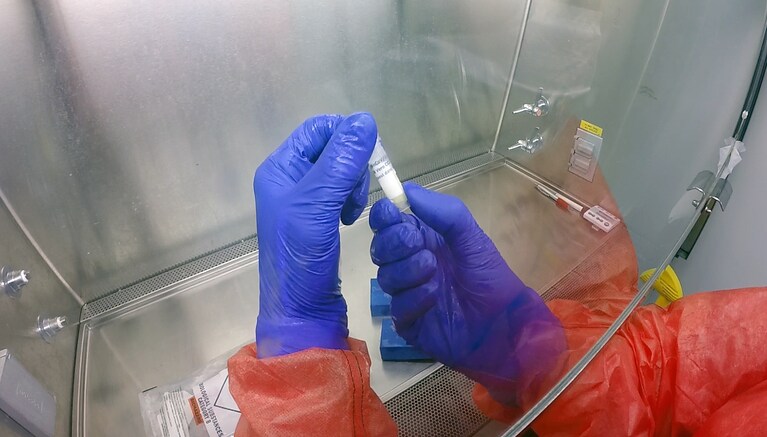 Scientists at Boston University claim to have created a new variant of Covid-19 with an 80% mortality rate, by combining the highly-transmissible Omicron variant of the coronavirus with the original Wuhan strain. The research, which echoes experiments thought to have created the virus in the first place, has caused outrage.

In a research paper published last week, the scientists explained that they isolated the spike protein of the Omicron variant and combined it with the “backbone” of the original strain that circulated in early 2020. This created a virus that “robustly escapes vaccine-induced…immunity” and inflicts “serious disease” on laboratory mice, 80% of whom died during testing, the paper stated.

While the team admitted that their mutant strain would likely be less deadly in humans than mice, they found that it produced five times as many virus particles in lab-grown human lung cells when compared to the Omicron variant.

The paper has yet to be peer reviewed.

News of the research caused outrage online, as it is widely believed that similar ‘gain-of-function’ research – a term describing the alteration of a pathogen to enhance its potency – at the Wuhan Institute of Virology in China led to the global Covid-19 pandemic. The US funded such research at the Wuhan Institute, although it is still unclear whether the specific coronavirus that caused the pandemic originated in the lab.

“This should be totally forbidden, it’s playing with fire,” former Israel Institute for Biological Research head Shmuel Shapira said of the Boston experiments. “How many times did virologists say they were not making chimeric SARS viruses more deadly? How many???” reporter Paul Thaker tweeted.

The Boston team aren’t the only scientists returning to potentially dangerous research in the aftermath of the pandemic. EcoHealth Alliance, the private company responsible for much of the Wuhan Institute’s pre-2020 gain-of-function research, was awarded a $650,000 grant by the US last month to study “the potential for future bat coronavirus emergence in Myanmar, Laos, and Vietnam.”

The US has prevented independent research into the origins of the Covid-19 virus, a report by the Lancet Commission has asserted.

Washington barred the researchers from accessing relevant laboratories and refused to disclose full information on American studies of the virus, the document, published in the British medical journal on Wednesday, outlined.

“Independent researchers have not yet investigated the US laboratories engaged in the laboratory manipulation of SARS-CoV-like viruses,” the report said while discussing the potential origins of the Covid-19 infection. Nor had they gained access to the research conducted at the Wuhan laboratory, which has been considered a possible place where the disease might have originated, the document added.

The US National Institutes of Health (NIH) also “resisted disclosing the details” of the research conducted in America on SARS-CoV-related viruses, which the US government agency has been supporting, according to the report. Eventually, only an “extensively redacted” version of the relevant data was provided, the document said, adding that it contains only as much information that was required by the Freedom of Information act lawsuits.

The lack of the needed data on the virus origins still prevents the researchers from determining the origin of the virus, the paper admits, adding that virtually any hypothesis in this field remains plausible. In particular, it said that “two main possible pathways” of its emergence should still be considered: a natural spillover event, in which a person contracted it from an animal, and a “research-related” incident.

“The search for the origins of the virus requires unbiased, independent, transparent, and rigorous work … supported by all governments,” the report noted. Washington has so far not commented on the Lancet Commission findings.

The exact origins of the Covid-19 virus have yet to be conclusively proven. However, the World Health Organization (WHO) stated in February 2021 that it was most likely transmitted from an animal, possibly a bat, to humans.

Earlier in September, an Israeli study concluded that bats are likely not to blame for the Covid-19 pandemic since there is no compelling evidence proving a link between bats and the disease outbreak.

RT creates news with an edge for viewers who want to Question More. RT covers stories overlooked by the mainstream media, provides alternative perspectives on current affairs, and acquaints international audiences with a Russian viewpoint on major global events.