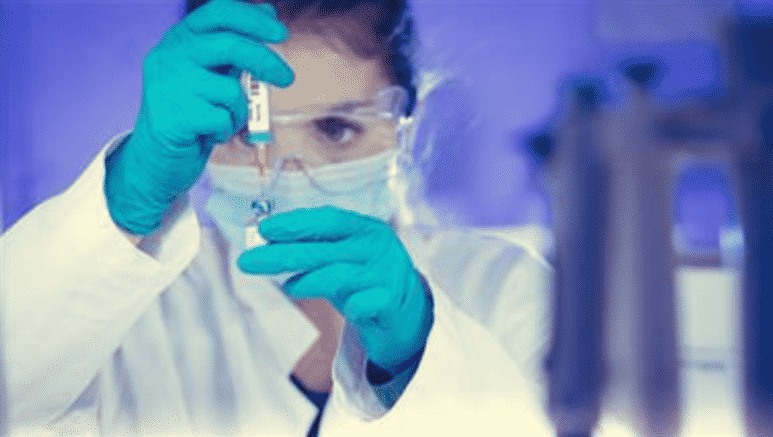 While reports of side effects from COVID-19 gene therapies, including life-threatening effects and deaths, continue to climb at breakneck speed,1 a one-sided narrative of safety and effectiveness permeates mainstream media and medical news.

These “vaccines” are so safe and so effective, according to this narrative, that keeping control groups intact for long-term study and comparison of outcomes is now being derided as “unethical,” despite the fact that there is absolutely no non-fraudulent data to support their perverse assertions. Truly, what we’re watching is the active destruction of basic medical science in a surreal dystopian nightmare.

Consider this report in JAMA by Rita Rubin, senior writer for JAMA medical news and perspectives, for example.2 According to Rubin, the launch of “two highly efficacious” COVID-19 vaccines has “spurred debate about the ethics, let alone the feasibility, of continuing or launching blinded, placebo-controlled trials …”

Rubin recounts how Moderna representatives told a Food and Drug Administration advisory panel that rather than letting thousands of vaccine doses to go to waste, they planned to offer them to trial participants who had received placebo.

Pfizer representatives made a similar announcement to the advisory panel. According to a news analysis published in The BMJ,3 the FDA and U.S. Centers for Disease Control and Prevention are both onboard with this plan, as is the World Health Organization.4

In the JAMA report by Rubin, Moncref Slaoui, Ph.D., chief scientific adviser for Operation Warp Speed, is quoted saying he thinks “it’s very important that we unblind the trial at once and offer the placebo group vaccines” because trial participants “should be rewarded” for their participation.

All of these statements violate the very basics of what a safety trial needs, which is a control group against which you can compare the effects of the drug or vaccine in question over the long term. I find it inconceivable that unblinding is even a consideration at this point, seeing how the core studies have not even concluded yet. The only purpose of this unblinding is to conceal the fraud that these vaccines are safe.

None of the COVID-19 vaccines currently on the market are actually licensed. They only have emergency use authorization — which, incidentally, also forbids them from being mandated, although this is being widely and conveniently ignored — as trials are still ongoing.

At the earliest, they may be licensed two years from now, at the completion of the follow-up studies.5 This is why those in the military are allowed to refuse it, and refuse they have. Among Marines, the refusal rate is nearly 40%.6

So, before the initial studies are even completed, vaccine makers and regulatory agencies are now deciding to forgo long-term safety evaluations altogether by giving placebo recipients the real McCoy, and so-called bioethicists are actually supporting this madness. As reported in The BMJ:7

“Although the FDA has granted the vaccines emergency use authorization, to get full license approval two years of follow-up data are needed. The data are now likely to be scanty and less reliable given that the trials are effectively being unblinded.”

It’s ironic in the extreme, because vaccine mandates are being justified on the premise that the benefit to the community supersedes the risk of individual harm. In other words, it’s OK if some people are harmed by the vaccine because the overall benefit to society is more important.

Yet here they’re saying that participants in the control groups are being harmed by not getting the vaccine, so therefore vaccine makers have an obligation to give it to them before the long-term studies are completed. This is the complete opposite argument used for mandatory vaccination.

If we are to accept the “greater good” justification for vaccination, then people who agree to participate in a study, and end up getting a placebo, need to roll the dice and potentially sacrifice their health “for the greater good.” Here, the greater good is the study itself, the results of which are of crucial importance for public health decisions.

Without this data, we will never know whether the vaccines work in the long term and/or what their side effects are. If an individual in the control group gets COVID-19, then that’s the price of scientific participation for the greater good of society, just as when a vaccinated person gets harmed, that’s considered an acceptable price for creating vaccine-induced herd immunity.

Put another way, when it comes to mandating vaccines, harm to the individual is acceptable, but when it comes to doing proper safety studies, all of a sudden, harm to the individual is not acceptable, and protecting the controls is more important than protecting the integrity of the research. The fact that they’re this inconsistent in their “ethics” could be viewed as proof positive that public health isn’t even a remote concern.

Apparently, concern about risk to the individual only matters when vaccine makers have everything to gain. By eliminating control groups, we’ll have no way of really proving the harm that these “vaccines” might impart over time, as all participants will be in the same proverbial boat.

I remain confident that we’ll continue to see many more health problems and deaths develop in time, but without control groups, these trends can more easily be written off as “normal” and/or blamed on something else. As noted by Dr. Steven Goodman, associate dean of clinical and translational research at Stanford University, who is quoted in Rubin’s JAMA article:8

So, he noted, those running COVID-19 vaccine trials shouldn’t feel obligated to unblind participants and vaccinate placebo recipients right away. Doing so implies ‘you can just blow up the trial’ on the basis of promising preliminary results, establishing ‘an ethical model for future trials that we maybe don’t want to set,’ Goodman said.”

Trial Participants Told Not to Unblind Themselves

Goodman is also quoted in another article,9 this one in MedPage Today, discussing the problems with trial participants unblinding themselves by taking an antibody test:

“‘There is no good scientific reason for someone to do this,’ he told MedPage Today. ‘I can understand why they want that information, but it can only serve to diminish the value of the trial. Getting tested is not right unless there is a pressing need for unblinding for health reasons.’”

Here, yet another hypocritical irony arises, as the reason they don’t want trial participants to unblind themselves is because if they know they got the vaccine, they’re statistically more likely to take more risks that might expose them to the virus.

This, then, will skew the results and “could make the vaccine look less effective than it is,” Dr. Elizabeth McNally of Northwestern University explained to MedPage Today.10 So, whether vaccine scientists agree with unblinding or not, unblinding really only has to do with whether it will skew results in their favor.

Justification for Elimination of Controls Is Flimsy at Best

While pro-vaccine advocates insist the elimination of control groups is justified on the “moral grounds” that it’s unethical to not provide volunteers with something of value, this argument completely ignores the undeniable fact that no vaccine is 100% safe.

Getting the active vaccine comes with risk, not merely benefit. This is particularly true for the novel mRNA technology used in COVID-19 vaccines. Historical data are troubling to say the least, and the U.S. Vaccine Adverse Event Reporting System (VAERS) is rapidly filling up with COVID-19 vaccine-related injury reports and deaths.

Reports of Side Effects and Deaths Are Piling Up

As reported by The Defender,11 as of April 1, 2021, VAERS had received 56,869 adverse events following COVID-19 vaccination, including 7,971 serious injuries and 2,342 deaths. Of those deaths, 28% occurred within 48 hours of vaccination! The youngest person to die was 18 years old. There were also 110 reports of miscarriage or premature birth among pregnant women.

As reported in “COVID-19 Vaccine To Be Tested on 6-Year-Olds,” between January 2020 and January 2021, COVID-19 vaccines accounted for 70% of the annual vaccine deaths, even though these vaccines had only been available for less than two months!

In my view, it’s unconscionable and morally reprehensible to not take these data into account. Clearly, these “vaccines” have risks. Pretending like they don’t, and that all placebo recipients in vaccine trials are at a distinct disadvantage simply isn’t true.

Keep in mind that we still do not know the percentage of adverse effects being reported. Is it between 1%12 and 10%13 as past inquiries into VAERS reporting have shown, or is it higher?

If only 10% are reported, we may be looking at 23,420 deaths, but if it is as low as 1%, it jumps to more than 230,000 deaths. We will never know because there are major attempts to suppress this information, as we have already witnessed with the deaths of sport celebrities Hank Aaron and Marvin Hagler, both of whom died shortly after COVID vaccinations.

Regardless, it’s hard to justify even a single death of an otherwise healthy individual, seeing how the survival rate for COVID-19 across all age groups is 99.74%. If you’re younger than 40, your survival rate is 99.99%.14

There’s every reason to suspect that these reports account for just a small percentage of actual side effects. Just think of all those who get the vaccine at grocery stores or temporary vaccination sites, for example. First of all, are all Americans even aware that VAERS exists and that they need to file a report if they suffer an adverse reaction post-COVID vaccination?

According to the CDC, deaths from COVID-19 vaccines are required to be reported to VAERS.15 It’s not supposed to be voluntary, as with other vaccines. However, it is not being transparent about how it is ensuring this “requirement” is being followed, so it’s impossible to confirm that all related deaths are in fact being reported. As reported by The Defender:16

“We … inquired about whether healthcare providers are reporting all injuries and deaths that might be connected to the COVID vaccine, and what education initiatives are in place to encourage and facilitate proper and accurate reporting.

Twenty-two days later a representative from the CDC’s Vaccine Task Force responded by saying the agency had never received our questions — even though the employees we talked to several times said their press officers were working through the questions we sent. We provided the questions again and requested a response by April 7. To date, the CDC has not responded despite our repeated follow-up attempts.”

Vaccine makers are also very careful about only referencing relative risk, not absolute risk. By doing so, the vaccines appear far more protective than they actually are. It’s a commonly used statistical trick that I encourage you to familiarize yourself with.

For example, in his November 26, 2020, BMJ article,17 Peter Doshi, associate editor of The BMJ, pointed out that while Pfizer claims its vaccine is 95% effective, this is the relative risk reduction. The absolute risk reduction — which is far more relevant for public health measures — is actually less than 1%!

I recommend listening to the interview with Dr. Ron Brown above, in which he explains the ins and outs of relative and absolute risks, and the differences between them. He’s also written two papers detailing the problems with this kind of reporting bias: “Outcome Reporting Bias in COVID-19 mRNA Vaccine Clinical Trials”18 and “Public Health Lessons Learned From Biases in Coronavirus Mortality Overestimation.”19 – Mercola.com