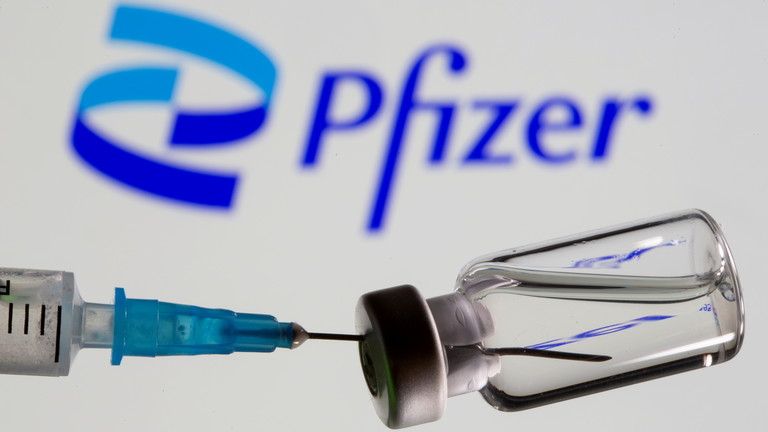 For billions of faithful around the world, abortion is considered first-degree murder, yet fetal tissue is being used to develop Covid vaccines. While some may argue that ‘killing a life to save millions’ is fine, many disagree.

For those who rely on the mainstream media to keep astride of current affairs, chances are slim you’ve heard the story of Melissa Strickler. That’s too bad because Miss Strickler, Pfizer’s quality auditor, just unloaded a batch of company emails that show company executives being less than honest at a time when the Biden administration – as well as other governments around the world – is enforcing mandatory vaccines on millions of their citizens.

What makes Strickler’s revelations so startling is that Pfizer is instructing staff to obfuscate the truth over the use of aborted fetal cells in the development of its vaccines. This latest slap in the face to the faithful stings much more than closing down churches during a pandemic.

In one damning email, Vanessa Gelman, Pfizer’s senior director of worldwide research, said “we want to avoid having the information on fetal cells floating out there,” before adding that the “risk of communicating this… outweighs any potential benefit we could see, particularly with general members of the public who may take this information and use it in ways we may not want out there…”

Like maybe working with a whistleblower, for example? Gelman failed to see that ugly prospect hurling down the pipe, which certainly “outweighs any potential benefit” of Pfizer simply being upfront with the public.

Millions of religious Americans lied to. Denied their constitutional right to exemption. This is huge.#PfizerLeak

In another Pfizer communication, an employee asked for advice on how to respond to the very straightforward question: “Did Pfizer make use of a cell line from an aborted foetus when carrying out any confirmatory tests for this vaccine?”

Instead of a simple ‘yes’ or ‘no’, Gelman advised to “stay focused” on the company line of horse manure, which reads: “Human fetal derived cell lines are not used to produce our investigational vaccine, which consists of synthetic and enzymatically produced components.”

In the very next sentence, however, Gelman veers 180 degrees from her original statement, telling staff not to share with the public the following information unless it’s “strictly necessary”: “One or more cell lines with an origin that can be traced back to human fetal tissue has been used in laboratory tests associated with the vaccine program.”

In other words, Pfizer is talking out of both sides of its mouth at a time when its vaccines are projected to earn the drug maker $33.5 billion in revenue in 2021 now that forced mandates have taken the world by storm. The last thing that Pfizer wants at this stage in the game, of course, is for millions of Christians, as well as adherents of other faiths, to start asking questions about aborted fetal tissue in its product.

Presently, however, the drug maker has kept the vaccine heretics at bay thanks to none other than the divine intervention of Pope Francis, the head of the Catholic Church. That much was evident in an email by Philip Dormitzer, Pfizer’s chief scientific officer, who, after spilling the beans that the vaccines are “ultimately derived from an aborted fetus,” proudly proclaims that “the Vatican doctrinal committee has confirmed that they consider it acceptable for Pro-Life believers to be immunized.”

“Pfizer’s official statement couches the answer well and is what should be provided in response to an outside inquiry,” he adds smugly.

In light of the damning information contained in these emails, it is possible that Pfizer ‘couched the answer’ so well that the true extent of its deception evaded even Pope Francis, one of the most controversial individuals in recent memory to hold the title ‘Bishop of Rome’.

Francis is the first Jesuit to be selected Pope, and certainly the most political, but not in a way that would please his fiercely conservative flock. In fact, so far to the left is Pope Francis that the talk show host Michael Savage once dubbed him “Lenin’s Pope.” Whether the Pope’s glaring liberal tendencies would allow him to give his blessing to a vaccine that contained actual fetal tissue is another question, and one that will keep theologians debating each other for many years to come.

One thing does seem certain, however: given the determination of Pfizer executives to deceive the public, it is impossible to say anything definite on the question of fetal tissue in the vaccines.

Not even Melissa Strickler, the whistleblower whose job title at Pfizer is/was ‘manufacturing quality auditor’, knows for certain whether aborted fetal tissue made it to the final Covid vaccine.

“They’re being so deceptive in their emails, it’s almost like it is in the final vaccine,” Strickler told Project Veritas. “It just made me not trust it.” This lack of transparency promises to open up a can of uncomfortable questions for Pfizer, and not a moment too soon.

Whether or not an individual finds the act of abortion heinous or not seems to be a secondary matter here. Do people really want or need aborted fetal material possibly injected into their bodies over a virus that comes with a survival rate of better than 99%? At the very least the public should be aware of that rather unsettling bit of information.

Moreover, if Pfizer is not being upfront on the question of fetal material in its vaccines, what other important information is it withholding from the public? That’s no idle question considering that just this week Pfizer, despite – or because of – the whistleblower scandal, announced it would seek an emergency use authorization (EUA) to deliver Covid vaccines to children between the ages of 5 and 11. Clearly, these Big Pharma people were born with no excess of self-awareness or scruples.

If Pfizer was truly following the science, it would know that children are not super spreaders of the disease, while their amazing immunity to the coronavirus has befuddled the best experts. Consider the situation in Sweden, currently the world’s largest laboratory, where schools have remained open for children 15 years old and younger – without any mandatory mask wearing. Among a student and teacher population of 1.8 million, zero deaths related to Covid were detected. Yes, zero. At the same time, teachers did not show any excessive rate of infection compared to other professions.

A study carried out by researchers at Johns Hopkins School of Medicine showed that the Swedish model was no fluke. Analyzing some 48,000 children under 18 years old “diagnosed with Covid in health-insurance data from April to August 2020,” the team found a “mortality rate of zero among children without a pre-existing medical condition such as leukemia.”

The tragic irony here is that young people are potentially more at risk from being jabbed than they are from acquiring the coronavirus. In June, the FDA required Pfizer/BioNTech and Moderna to include the risk of heart inflammation – known as myocarditis and pericarditis – for their vaccines after 1,200 cases were recorded, mostly in young males under the age of 30.

An even greater tragedy is that some children may suffer these conditions as a result of a vaccine developed in no small part to the aborted life of another innocent child. It’s time to put the brakes on the vaccines for children until Pfizer and the other vaccine manufacturers come clean about exactly what is going on in their laboratories. More than one life depends on it.

Robert Bridge is an American writer and journalist. He is the author of ‘Midnight in the American Empire,’ How Corporations and Their Political Servants are Destroying the American Dream. @Robert_Bridge