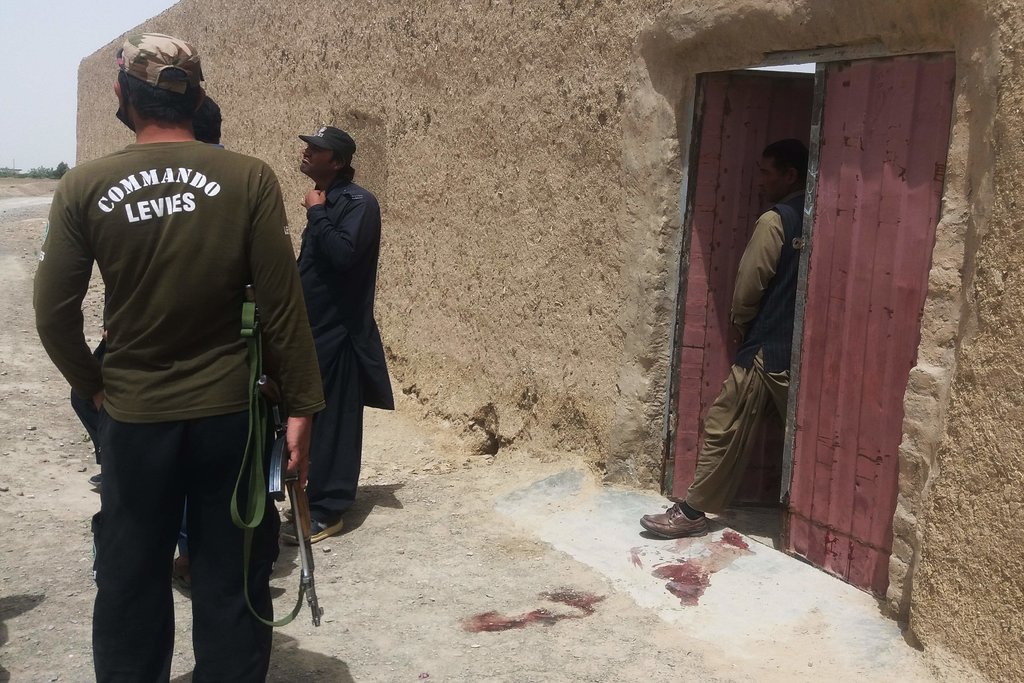 It did not take that long. In just a few days after hundreds of schoolchildren were hospitalized in the aftermath of the mass polio vaccinations in Pakistan, some parents decided to start shooting the polio workers, or the “vaccinators” in a fit of rage against the program that they don’t fully agreed to.

ISLAMABAD — Two gunmen on motorcycle shot and killed a polio vaccinator in the southwestern Pakistani city of Chaman on Thursday, bringing the death toll among vaccinators working in the country’s anti-polio drive to at least three this week, officials said.

The shooters opened fire on a group of vaccinators when they were at the front gate of a house in the remote village of Sultan Zai, near the border with Afghanistan, said Samiullah Agha, who is the assistant commissioner of Chaman.

Two members of the vaccination team were hit: Nasreen Bibi, 35, was killed, and Rashida Afzal, 24, was critically wounded, Mr. Agha said in an interview. Vaccination was suspended for an indeterminate period of time in the Chaman area after the shooting.

“The gunmen fled after the attack,” Mr. Agha added. “Security forces have launched a search operation in the area.”

Polio vaccination teams have suffered several attacks since a countrywide vaccination drive began on April 23. Polio workers, volunteers and their guards are frequently targeted in the South Asian country. Islamist militants and hard-line clerics say the vaccination drive is a foreign plot to sterilize Muslim children and a cover for western spies.

“These are unfortunate incidents,” said Babar Atta, who is the special adviser on polio to Imran Khan, Pakistan’s prime minister. “We have increased the security of vaccination teams across the country and are determined to end this crippling disease in Pakistan.”

Hayat Khan, a resident of a tribal area bordering Afghanistan who runs a shop, said he is skeptical of the polio vaccine. Neither he nor his parents have taken the vaccine, which can be delivered orally as drops, and they are living a healthy life, he said.

“We have doubts in our minds about this western vaccine,” he said. “Tribal people are not sure what they are giving to our children and what information they are collecting for spying. It’s a Western agenda, indeed.”

… Two days ago, in separate events, two police officers who were protecting polio vaccination teams were shot and killed in the northern districts of Buner and Bannu. And a polio worker was injured in a knife attack this week in the eastern city of Lahore.

While these events are all undesirable, we can console ourselves knowing that the people around the world are waking up to the deadly deceptions perpetrated by genocidalists and eugenicists, who formulated a long time ago this sinister program of spreading diseases by whatever means, just to thin the herd to a more manageable level of 500 million, in spite of the fact that the carrying capacity of the planet is estimated at 100 billion maximum.

Overpopulation is only happening in urban centers where jobs opportunities are available for the slaves to compete with.

According to the World Health Organization, Pakistan is one of three countries that have not stopped the transmission of the polio virus.

The WHO’s record in the arena of vaccination is indeed noteworthy considering that after its Hepatitis B mass vaccinations in Africa, it has resulted in the spread of HIV virus worldwide starting in the 1970s.

They’re doing it again with the “spread of measles” to provide the pretext for mandated vaccination against every child around the globe.

They can do this because most of our leaders are ignoring the best approaches to managing resources towards a saner and more advanced society, which is economic progress through land distribution for all, and the employment of the best technology, not just in the area of power generation, but also in the eradication of all types of viral infections.