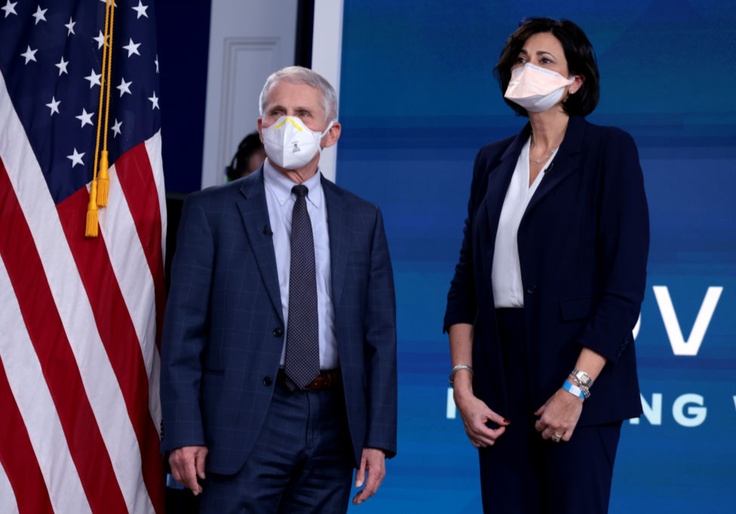 The Centers for Disease Control and Prevention coordinated with social media companies and Google to censor users who expressed skepticism or criticism of COVID-19 vaccines, according to a trove of internal communications obtained by America First Legal and shared exclusively with the Washington Free Beacon.

Over the course of at least six months, starting in December 2020, CDC officials regularly communicated with personnel at Twitter, Facebook, and Google over “vaccine misinformation.” At various times, CDC officials would flag specific posts by users on social media platforms such as Twitter as “example posts.”

In one email to a CDC staffer, a Twitter employee said he is “looking forward to setting up regular chats” with the agency. Other emails show the scheduling of meetings with the CDC over how to best police alleged misinformation about COVID-19 vaccines.

Although many of the posts flagged by the CDC contained false information about the COVID-19 vaccines, the efforts to police misinformation also resulted in mistaken acts of censorship. An April 2021 email from a CDC staffer to Facebook states that the “algorithms that Facebook and other social media networks are apparently using to screen out posting by sources of vaccine misinformation are also apparently screening out valid public health messaging, including [Wyoming] Health communications.”

The communications reveal a high level of coordination between the government and tech industry during the pandemic and raise questions about the extent to which other private companies are working with the federal government to censor the public. The Biden administration has faced criticism for engaging in what some have called “Orwellian” practices, such as the establishment of the Department of Homeland Security Disinformation Governance Board. The Free Beacon reported that the now-shuttered disinformation board arranged a meeting with a Twitter executive who blocked users from sharing stories about Hunter Biden’s laptop.

The CDC’s effort to police alleged disinformation expanded to other federal agencies as well. An internal March 2021 email from a senior CDC staffer states “we are working on [sic] project with Census to leverage their infrastructure to identify and monitor social media for vaccine misinformation.”

One email shows a senior CDC official appeared at Google’s 2020 “Trusted Media Summit.” The conference, according to its website, was “for journalists, fact-checkers, educators, researchers and others who work in the area of fact-checking, verification, media literacy, and otherwise fighting misinformation.”

One of the organizers of the conference asked the senior CDC official for permission to post her remarks on YouTube. That official declined, saying she was not authorized to speak publicly.

In the same email chain with a senior CDC official, a Google staffer offers to promote an initiative from the World Health Organization about “addressing the COVID-19 infodemic and strengthen community resilience against misinformation.” That same Google staffer offers to introduce the CDC official to a Google colleague who is “working on programs to counter immunization misinfo.”

Facebook also awarded the CDC with $15 million in ad credits for the company’s platforms in April 2021, according to several emails.

“This gift will be used by CDC’s COVID-19 response to support the agency’s messages on Facebook, and extend the reach of COVID-19-related Facebook content, including messages on vaccines, social distancing, travel, and other priority communication messages,” an internal CDC memo reads.

A Facebook official says the platform has been transparent about its work with public health organizations “to address health misinformation.” The platform also says it has asked its internal oversight board to assess whether its “current COVID-19 misinformation policy is still appropriate now that the pandemic has evolved.”

Concerns about the CDC’s judgment has also led the Democratic-controlled cities of New York and San Francisco to ignore the agency’s guidance on monkeypox vaccinations.