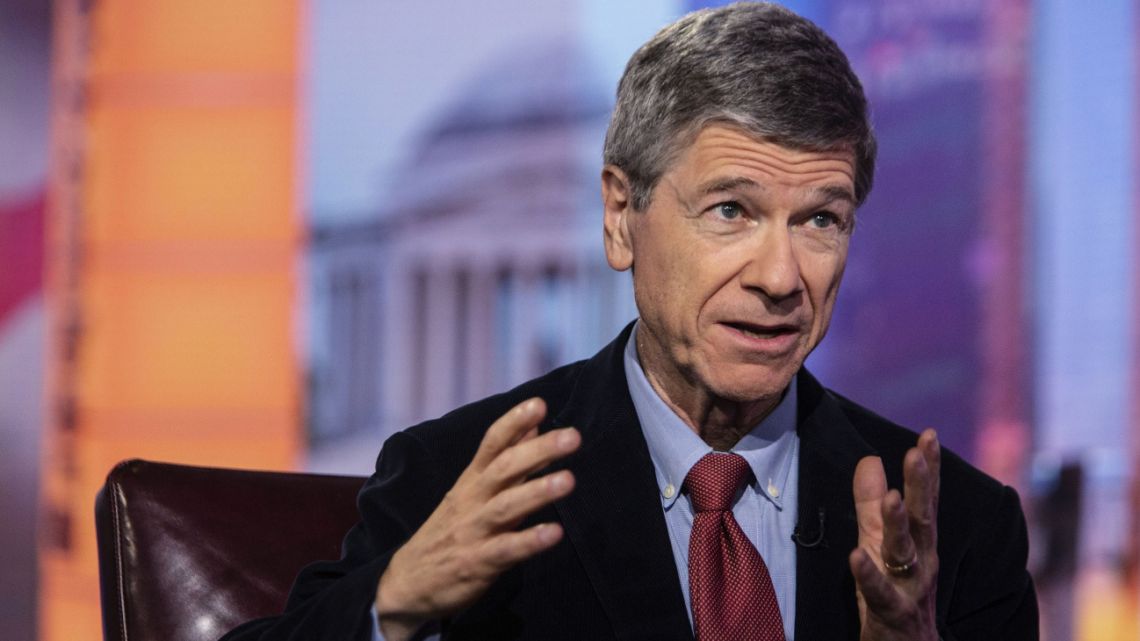 Piece by piece the Big Pharma/globalist narrative is unwinding as scientists with important positions within the system are crying foul. In this case, Professor Jeffrey Sachs warns that government must demand and enforce transparency from biodefense labs engaging in gain of function research.

Jeffrey Sachs is hardly a denier of anything, working at Columbia University and closely aligned with the United Nations. He is, however, revealing an important part of the inner workings of the COVID-19 origins investigation, namely that it is rotten to the core. ⁃ TN Editor

The head of the preeminent scientific journal The Lancet’s COVID-19 origins Commission is ‘convinced’ that the virus came out of a lab and says that a real investigation is being blocked.

Professor Jeffrey Sachs told Current Affairs that he is “pretty convinced [COVID-19] came out of US lab biotechnology” and has warned that ongoing research could lead to another pandemic outbreak.

"One thing that is rather clear to me is that there is so much dangerous research underway right now under the umbrella of biodefense or other things that we don’t know about, that is not being properly controlled. This is for sure."https://t.co/HT5dz7QiWN

Sachs notes that scientists who dismissed the lab leak theory did so “before they had done any research at all,” adding “they’re creating a narrative. And they’re denying the alternative hypothesis without looking closely at it.”

Sachs points to the ‘gain of function’ research and the genetic markers found in the SARS-Cov-2 coronavirus that indicate it was manipulated to be more deadly.

“What’s interesting, and concerning if I may say so, is that the research that was underway very actively and being promoted, was to insert furin cleavage sites into SARS-like viruses to see what would happen. Oops!” Sachs states.

Sachs further labels the efforts to distract from the lab research as “misdirection” and “sleight of hand”.

“There is a huge amount of reason to believe that that research was underway. Because there are published papers on this. There are interviews on this. There are research proposals. But NIH isn’t talking. It’s not asking. And these scientists have never asked either,” Sachs further asserts.

He continues, “From the very first day, they have kept hidden from view the alternative. And when they discuss the alternative, they don’t discuss the research program. They discuss complete straw men about the lab, not the actual kind of research that was underway, which was to stick furin cleavage sites into SARS-like viruses in a way that could have created SARS-Cov-2.”

“What I’m calling for is not the conclusion. I’m calling for the investigation,” Sachs urges, adding “Finally, after two and a half years of this, it’s time to fess up that it might have come out of a lab and here’s the data that we need to know to find out whether it did.”

Sachs says “I realized he [Daszak] was not telling me the truth. And it took me some months, but the more I saw it, the more I resented it. And so I told him, ‘Look, you have to leave.’”

Sachs adds that once he fired Daszak, other scientists began attacking him.

“I asked them: “What are your connections with all of this?” They didn’t tell me. Then when the Freedom of Information Act released some of these documents that NIH had been hiding from the public, I saw that people that were attacking me were also part of this thing. So I disbanded that whole task force,” Sachs notes.

“So my own experience was to witness close up how they’re not talking. And they’re trying to keep our eyes on something else. And away from even asking the questions that we’re talking about,” Sachs further warns.

Sachs concludes that he “Doesn’t trust” the governments and scientists who are dismissing the lab leak theory, adding “I want to know. Because even what we know of the dangerous research is enough to raise a lot of questions of responsibility for the future. And to pose the question: ‘Hey, what other viruses are you guys working on? What should we know?’”

The professor finally calls for “a bipartisan congressional oversight investigation that has subpoena power,” urging “Give us your lab records, your notebooks, your data files of virus strains, and so forth.”

As we have highlighted, this is what Senator Rand Paul is pursuing relentlessly.

Following an initial hearing last week before the Senate Homeland Security and Governmental Affairs subcommittee, Paul revealed that there is a committee that is supposed to oversee experimentation with potentially lethal viruses, but that it is above the oversight of Congress.

“We don’t know the names. We don’t know that they ever meet, and we don’t have any records of their meetings,” the Senator noted, adding “It’s top-secret. Congress is not allowed to know. So whether the committee actually exists, we’re uncertain.”