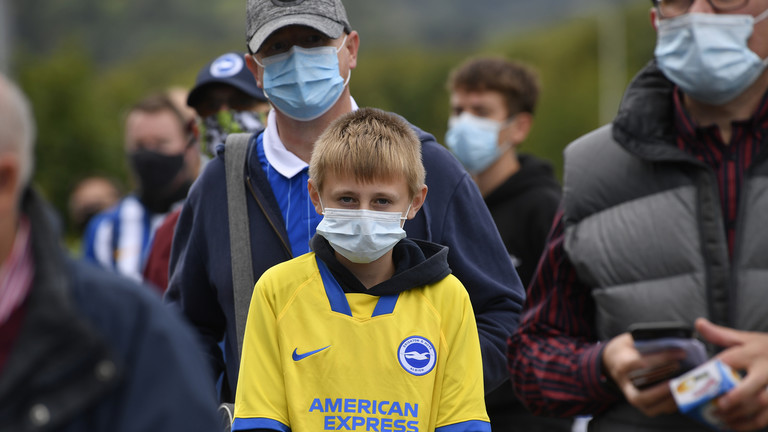 Whether you’re trying to protect yourself from acquiring COVID19, or prevent yourself from spreading your COVID19 infection around, the protection from wearing a facemask in either direction is not that strong, says UK’s Deputy Chief Medical Officer.

Despite mask mandates imposed to stop the spread of Covid-19, the UK Deputy Chief Medical Officer Jenny Harries cast doubt on their effectiveness, adding yet another wrinkle to the raging debate about face coverings.

As schools prepare to reopen, the government has released guidance that will require students and teachers to wear masks in communal areas. Masks are currently required in hospitals, on public transport, and in many businesses.

In a Q and A session with Prime Minister Boris Johnson, however, Harries pushed back against the theory that masks help stop the spread of Covid-19, adding further confusion to experts’ changing attitudes in the area.

Asked by a parent about deaf children being able to properly learn, Johnson clarified that he does not want to see face coverings in classrooms.

“The evidence on face coverings is not very strong in either direction. We are continuing to learn as the Prime Minister has said about how the virus transmits and it may be we do change advice in the future, that’s because we’re watching the science,” Harries added, saying masks will only be required in situations where social distancing is not possible.

“At the moment the evidence is pretty stable, but it can be very reassuring in those enclosed environments for children and for teachers as well, to know that people are taking precautions,” she continued.

Harries has cast doubt on the effectiveness of mask-wearing in the past, saying in March it can have an opposite effect and actually “trap the virus in the mask” and force people to breathe it in. At the time, she said wearing a mask was “not a good idea.”

Other experts were similarly skeptical and recommended only people feeling symptoms wear face coverings, with some even warning against mask buying so as not to flood the market and make it harder for medical staff to get proper supplies.

In April, opinions began to change as the Centers for Disease Control and Prevention (CDC) and others recommended mask wearing, and mandates began being put in place.

Some studies have found face coverings can help limit the spread of the virus, but mandates have led to a heated debate around the world.

In the US, Democratic Party presidential nominee Joe Biden has promised a federal mask mandate if he is elected, something President Donald Trump has been resistant to, instead leaving mandates up to individual states. – RT.com