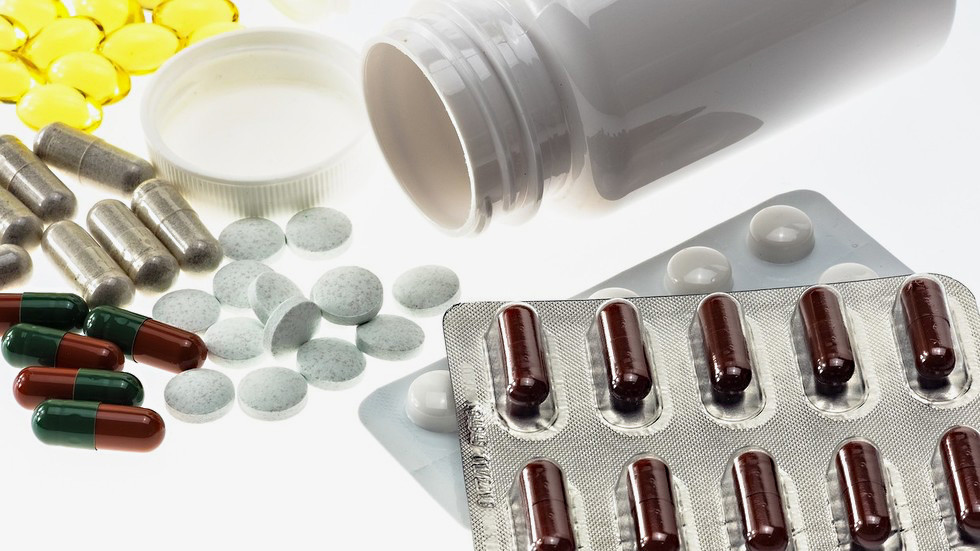 Big Pharma continues to jack up the prices on the drugs they peddle. The price of one drug was hiked 879%, and that’s only one out of the 3,400 price increases that have occurred so far this year. This is proof that mere shaming doesn’t work.

The pharmaceutical companies have raised the prices of more than 3,400 drugs in the first half of 2019 alone, effectively surpassing the number of drug hikes that they’ve imposed during the same period last year, according to an analysis first reported by NBC News.

While the average price increase per drug was 10.5%, a rate around five times that of inflation, about 40 of the drugs saw triple-digit increases. That includes a generic version of the antidepressant Prozac, which saw a price increase of 879%!

If it seems like about half the country is on drugs, that is because it is actually true.  According to a new survey from the National Center for Health Statistics, almost half of all Americans have taken a pharmaceutical drug within the past 30 days, and that officially makes us “the most medicated country in the world.”

And needless to say, those dealing these drugs are becoming exceedingly wealthy at our expense.  The average American spends $1,200 a year on prescription drugs, but of course, many Americans spend far more than that and others spend nothing at all.

In recent years there has been a tremendous backlash against the big pharmaceutical corporations because many of them have become exceedingly greedy.  As you will see below, prices have been raised on 650 different drugs this year alone.  Once they get their claws into you, the pharmaceutical giants want to get every last penny out of you that they possibly can.

On the other hand, it has been estimated that Americans spend somewhere around $200 billion a year on drugs that they do not need, and this new survey from the National Center for Health Statistics discovered that 46 percent of all Americans have taken a prescription drug within the last 30 days… And for senior citizens that number is much higher.  In fact, the survey found that a whopping 85 percent of Americans over the age of 60 are currently on at least one pharmaceutical drug.

For adults under the age of 60, antidepressants are being taken more than anything else…

For young adults antidepressants are king. According to the most recent numbers, 11.4 percent of 20- to 59-year-olds had taken a drug to help with their mood in the last month when they took the survey.

Could this help to explain why so many people are walking around like zombies these days?

Like those that deal illegal drugs, once the big pharmaceutical companies have their hooks in you they are not afraid to take full advantage of it.  And even though many Americans rely on life-saving drugs to literally stay alive, big pharma just keeps jacking up prices year after year after year.  As I mentioned above, prices have been raised on 650 different medications this year alone…

More than 650 products had price increases this year, through early February, according to Rx Savings Solutions, which sells software to employers and insurers to reduce drug costs. The industry justifies the moves as essential for investing in research and development. Drugmakers often point out that they see very little of the increases because of the big rebates they distribute to others in the supply chain, including insurers and pharmacy benefit managers, who in turn blame Pharma for setting high list prices.

In most cases, we are not just talking about a price increase of a dollar or two either.

For example, one study found that out-of-pocket costs for multiple sclerosis medications had gotten 20 times greater between 2004 and 2016…

The study, published Wednesday in the journal Neurology, found that the average out-of-pocket costs for people taking medications for multiple sclerosis had risen the greatest over the past 12 years, costing 20 times more in 2016 than in 2004.

“Out-of-pocket costs have risen to the point where neurologists should be able to consider the potential financial burden for the patient when prescribing medication, but they do not have this information available to them,” said Dr. Brian C. Callaghan, the study’s lead author and assistant professor of neurology at the University of Michigan.

When you have to pay 20 times as much for the same medicine 12 years later, that is some serious price gouging.

But even worse if what Catalyst Pharmaceuticals just did.

They took a drug that literally makes it possible for people with Lambert-Eaton myasthenic syndrome to be able to walk and jacked the price all the way up to $375,000 a year…

Bhanu Patel couldn’t believe the news. The cost of the medication that allows her to move — the one that enabled her to walk stairs again — shot up to $375,000.

Fear gripped her: What would this mean for her independence? Would she become a financial burden on her family? How is this possible in the country that’s given her so much?

Thankfully, there was so much outrage that the FDA decided to undercut them…

ARS Technica reported that the surge in price hikes comes amid ongoing public and political pressure to drag down the sky-rocketing price of drugs and healthcare costs overall.

In May of 2018, President Donald Trump boldly announced that drug companies would unveil “voluntary massive drops in prices” within weeks, however, Big Pharma didn’t announce any big drops or actually reduce their prices. Trump then went on to publicly shame Pfizer for continuing to raise drug prices. The company responded with a short-lived pause on drug price increases mid-way through last year, but it resumed increasing prices in January along with dozens of other pharmaceutical companies.

Even in the Age of Trump and his MAGA battlecry, the US pharmaceutical companies are still allowed to continue hiding their highly “intimidating” prices information from customers in TV ads.

Meanwhile, some Americans are traversing the highways towards Ontario, Canada, just to buy a way cheaper vials of insulin and other drugs.

I just went to CVS in Minneapolis, Minnesota. The retail price of the vial [of insulin] is $340. When I went to London, Ontario to pick it up at Walmart pharmacy there, in US dollars the retail price was $26.

“From the high cost of insulin, I’ve had to go into debt because of it,” she said. “I’ve had to put it on credit card. I’ve had to reach out to family members to help me pay for it because it had gotten too expensive, and I can’t cover it because of astronomical cost.”

Interestingly, some Canadians are buying from us instead of their cheap drugs over there, because at the end of the day, it’s still all about curing the disease and not just having your daily fix.