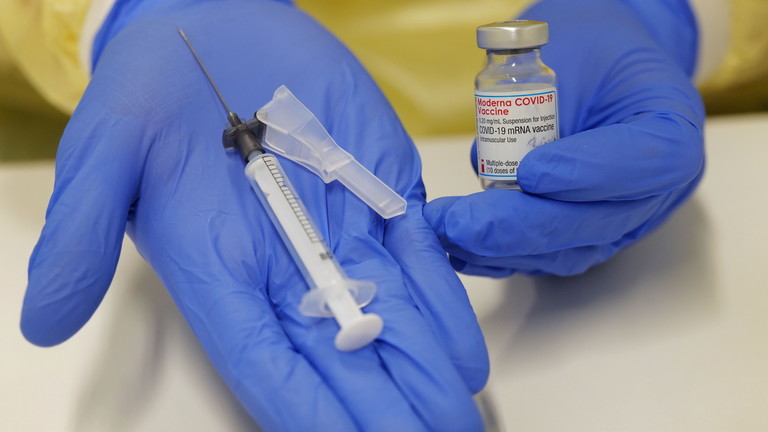 California health officials are asking vaccine providers to stop administering a batch of Moderna’s Covid-19 jab, after an unusually high number of adverse reactions were linked to the drug.

Doses from Moderna Lot 041L20A are suspected of causing a “higher-than-usual number of adverse events” and should be shelved until a proper investigation can be conducted, the California Department of Public Health said on Sunday.

State epidemiologist Dr. Erica S. Pan said in a statement that “fewer than 10 individuals” suffered “a possible severe allergic reaction” and required medical attention over the past 24 hours after being injected with the specific batch of vaccine. All of the incidents appear to have occurred at a single community clinic that was administering the lot. The site reportedly closed for several hours after the string of adverse reactions occurred, before switching to a different batch of the drug.

“Out of an extreme abundance of caution and also recognizing the extremely limited supply of vaccine, we are recommending that providers use other available vaccine inventory,” the health official said.

More than 330,000 doses from the same Moderna vaccine batch have been distributed to 287 providers across the state, but this is the first time that health authorities have received reports detailing adverse reactions associated with the lot, according to Pan.

While acknowledging that “less data exists on adverse reactions related to the Moderna vaccine,” the state epidemiologist said that it’s rare for vaccines to trigger serious side effects.

Moderna, the Centers for Disease Control and Prevention (CDC), and the US Food and Drug Administration (FDA) are reviewing the batch and all relevant medical data.

The Covid-19 jab has been linked to other cases of serious medical emergencies. In December, a physician in Boston said he suffered one of the worst allergic reactions he’s ever experienced after receiving Moderna’s vaccine, describing the episode as potentially life-threatening.

Similar cases linked to the Pfizer/BioNTech vaccine have been referred to the CDC and FDA for review.