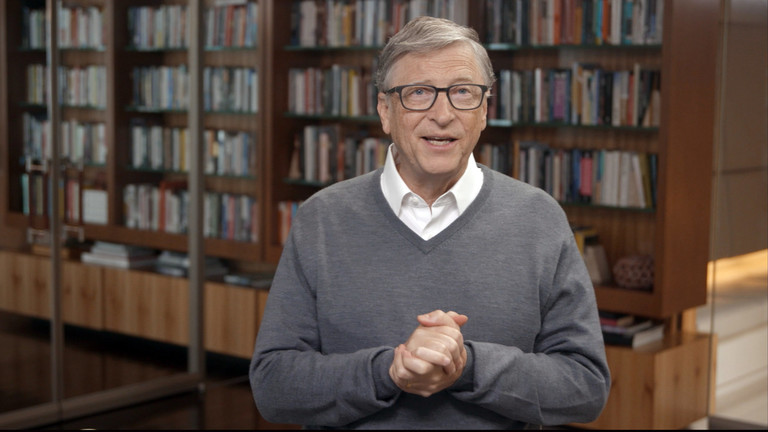 In a recent town hall talk with CNN, pseudo-philanthropist Bill Gates admitted that the US is “not doing enough” to fight the COVID-19 pandemic, which he had predicted and made as the focal message during the Event 201 summit that his foundation and Johns Hopkins have organized and held a few months back in 2019.

Microsoft billionaire Bill Gates lamented that the US is ‘not even close’ to doing enough to fight the pandemic, before warning that the vaccine he wants to inject into every human on the planet does require their consent first.

Speaking to Anderson Cooper at a CNN town hall on Thursday, Gates insisted the US was “experiencing a rebound” in Covid-19 infections even accounting for the increase in testing. That increase, the software tycoon reminded his interviewers, was accomplished by local governments in spite of – not because of – the White House.

Gates seemed miffed that Washington wasn’t following his instructions more closely, complaining that “it’s possible to ramp up testing for a new pathogen very, very fast” if they’d just do as they were told. He blamed the higher infection numbers in the US, which continues to lead the world with upwards of 2.5 million confirmed cases and over 125,000 deaths, on the nation’s failure to adopt the same measures as everyone else.

“Other countries” are “restraining their behavior,” imposing restrictive lockdowns and quarantines, and adopting comprehensive contact tracing, Gates hinted, sounding impatient with the US’ “very large case spread,” which he called “embarrassing.”

Some people almost feel like [Covid-19 is] a political thing, which is unfortunate.

“Even to inconvenience themselves with masks requires maybe someone they know to not only test positive but maybe get very sick as well,” he added.

Gates, who has repeatedly expressed a desire to inoculate the world’s population with whatever vaccine emerges from the research laboratories he is funding, admitted the shot might be rolled out before it’s working perfectly. “It’s possible the vaccine will be better at protecting you individually and not stop you from transmitting…it’s not guaranteed that the vaccine will be a perfect transmission blocker.”

Boasting that “the logistics in the US are not an issue at all,” Gates bragged that “we can get this thing out there” before acknowledging that “you’ll have a ‘choice’ whether you take the vaccine or not, so there’s that final hurdle.”

The billionaire seemed unconcerned by the “vaccine hesitancy” factor, however, even though over a third of Americans have professed some concern over the safety of a coronavirus vaccine, citing the politicization of the issue, the rushed timetable, the less-than-stellar reputation of some of the individuals involved, and other issues.

Some 70 to 80 percent of the world’s population will have to take the vaccine before anyone can hope to live a normal life again “with people taking vacations,” travel, and sporting events, Gates explained, implying they had no choice. – www.rt.com

Fear pushes people to make unintelligent decisions most of the time. The lack of prior knowledge and painful experience post-vaccination of their children facilitate the whole process of accepting whatever it is that’s being propagandized by people like Gates, WHO and the legacy media.

Who is Bill Gates?

Why is he at the forefront of every push to vaccinate and feed the world’s population with GMO?

Just like the Rockefeller dynasty has co-opted the American Medical Association through dole outs from their Rockefeller Foundation, the Bill and Melinda Gates Foundation has also co-opted the World Health Organization as the latter’s number 1 donor, after the Trump administration withheld its contribution to the UN agency.

In a nutshell, Bill Gates comes from a family of eugenicists.

Eugenics (/juːˈdʒɛnɪks/; from Greek εὐ- “good” and γενής “come into being, growing”) is a set of beliefs and practices that aim to improve the genetic quality of a human population, historically by excluding people and groups judged to be inferior and promoting those judged to be superior.

In actual practice, Eugenics is far more discriminatory than the Nazis’ genocidal subscription to the superiority of one race over another.

Although the design of vaccines can be tailored into surreptitiously undermine a certain racial, or genetic, makeup, still it is the general ignorance of its inherent adverse effects can self-justify its use in docile populations.

Bill Gates owns Moderna pharmaceutical company that is at the forefront of the COVID-19 vaccine development and the coronavirus patent itself.

Until Trump’s “warp speed” announcement, Dr. Slaoui was a former member of Moderna, Inc.’s Board of Directors as shown here.

While Moderna may not be a widely known pharmaceutical company, Washington is, in fact, very familiar with the company.  Here is an announcement from Moderna dated April 16, 2020:

Thanks to American taxpayers, the company has benefited from a “donation” of $483 million from the Biomedical Advanced Research and Development Authority or BARDA, part of the Department of Health and Human Services as shown here:

Not only has Moderna benefited from the generosity of American taxpayers, it has benefited from none other than the Bill & Melinda Gates Foundation as shown here and here.

As if those connections weren’t enough, Dr. Slaoui is also connected to the Gates Foundation through his position on the Board of Directors of the International AIDS Vaccine Initiative (IAVI) as shown here.

Can you guess who is funding IAVI?